Devendra Fadnavis on Tuesday resigned as the Maharashtra chief minister hours after the Supreme Court’s verdict left the BJP in a spot of bother. In a blow to the saffron party, the Supreme Court had ordered a floor-test by 5 PM on Wednesday. 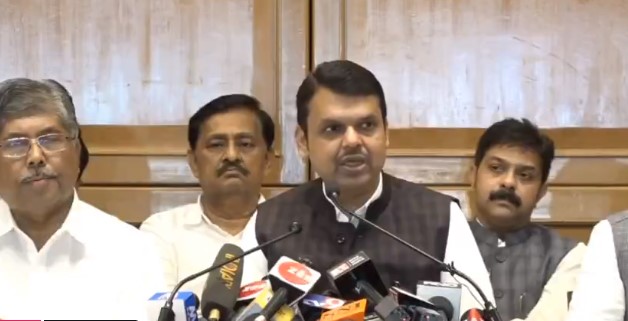 This, according to ground reality, was going to be an impossible task since the BJP lacked numbers in the assembly.

Fadnavis announced his resignation in a press conference minutes after his deputy Ajit Pawar also returned to the NCP fold by resigning from his post. This prompted Sanjay Raut to claim that Ajit Pawar was with the NCP-Shiv Sena-Congress camp. “Ajit dada has resigned and he is with us. Uddhav Thackeray will be the Chief Minister of Maharashtra for 5 years,” news agency ANI had quoted Raut as saying.

Fadnavis said, “After this I’ll go to the Raj Bhavan and tender my resignation. I wish them all the best whoever will form the government. But that will be a very unstable government as there is a huge difference of opinion.”

Earlier on Tuesday, the Supreme Court had ordered a floor-test in Maharashtra assembly before 5 PM on Wednesday. The top court had said that the proceedings will be video graphed as requested by the lawyers from the NCP and the Shiv Sena.