The Delhi High Court has pulled up the Kejriwal government on the poor handling of COVID-19 dead bodies in mortuaries and crematoriums as opposition parties questioned the ‘crores’ spent on ads and the under-reporting of death data. This came a day after the Delhi High Court expressed its concern on several media reports that claimed that inside the COVID-19 mortuary of Lok Nayak Hospital in Delhi, there were 108 bodies with all 80 storage racks being full. According to media reports referred to by the Division Bench of Justices Rajiv Sahai Endlaw and Asha Menon during their hearing on 28 May, 28 bodies were lying on the floor in the Lok Nayak Hospital with dead bodies being piled on top of each other. 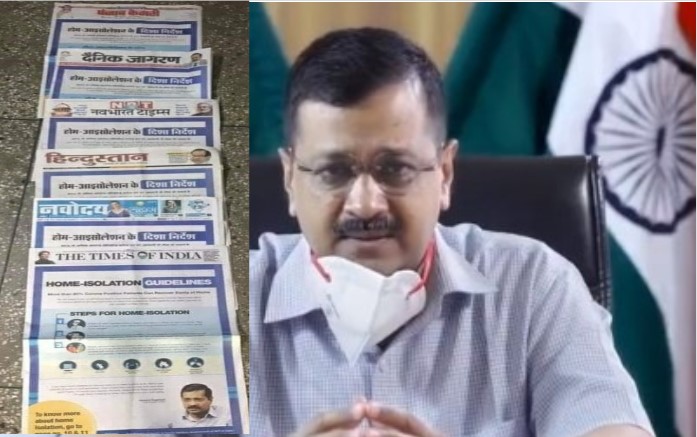 Justices Rajiv Sahai Endlaw and Asha Menon had taken up the matter suo moto in light of the damning media reports. Lok Nayak Hospital is the largest dedicated COVID-19 hospital in the national capital and its mortuary is the repository of bodies of those who died of the coronavirus disease or are suspected to have died of it.

It was claimed that Delhi’s Nigam Bodh Ghat, CNG Crematorium, was unable to perform the last rites of those, who died of COVID-19, because the facility was not in a position to accept more bodies, as only two of the six furnaces were working.

The Division Bench of the Delhi High Court noted that on 26 May alone, at least eight bodies were returned from Nigam Bodh Ghat, CNG Crematorium.

Taking note of the media reports, the division noted, ” We thus take suo moto cognizance of the aforesaid violations of human rights and by this order bring the same to the notice of Hon’ble the Chief Justice, to take up the aforesaid matter in the public interest, for issuing requisite directions.”

Justices Endlaw and Menon added that they were pained ‘at the aforesaid state of affairs’, adding that they found ‘the situation as reported and if true, to be highly dissatisfactory and violative of the rights of the dead.’

A day later, the Division Bench of Chief Justice DN Patel and Justice Sangita Dhingra Sehgal directed the Kejriwal government to file a status report by 2 June on the sad state of affairs concerning the handling of dead bodies both in the mortuary and crematoriums.

The BJP-led civic bodies of Delhi had earlier alleged that the number of people dying of COVID-19 in the national capital was significantly higher than what was being reported by the Kejriwal government.

BJP MP Hans Raj Hans tweeted, “The foundation of lies is never too strong. The truth is that you (Kejriwal) have always lied about the Corona situation to the people of Delhi. The data on deaths is being hidden every day.”

The Standing Committee chairman of BJP-led North Delhi Municipal Corporation Jai Prakash was quoted by the news agency as saying that till 21 May, as many as 282 people, who died of coronavirus, had been cremated or buried in the area.

Kamaljeet Sehrawat, leader of House in South Delhi Municipal Corporation too made similar claims saying that 309 COVID-19-positive dead bodies had been cremated or buried in the area. These numbers, close to 600 in total, were considerably higher than 194, the figure released by the official bulletin of the Delhi government claimed on 21 May.

The Delhi government told the high court that the reason behind Delhi’s Nigam Bodh Ghat’s reduced capacity was due to snags in furnaces and the refusal to handle COVID-19 dead bodies by workers at the crematorium.

According to the Delhi government, 316 people have so far died of coronavirus in the national capital. However, the BJP has alleged that the actual number of those killed by the deadly virus was three times higher.

The opposition parties in Delhi have accused Delhi Chief Minister Arvind Kejriwal of splashing crores of rupees on newspaper advertisements to stop the media from reporting the ground realities.

The COVID-19 death toll reported by the Delhi government on 29 May stood at 316.