The Congress on Sunday questioned the role of Comptroller and Auditor General of India Rajiv Mehrishi in auditing the controversial Rafale deal because of his involvement in the negotiations with France as the country’s finance secretary. 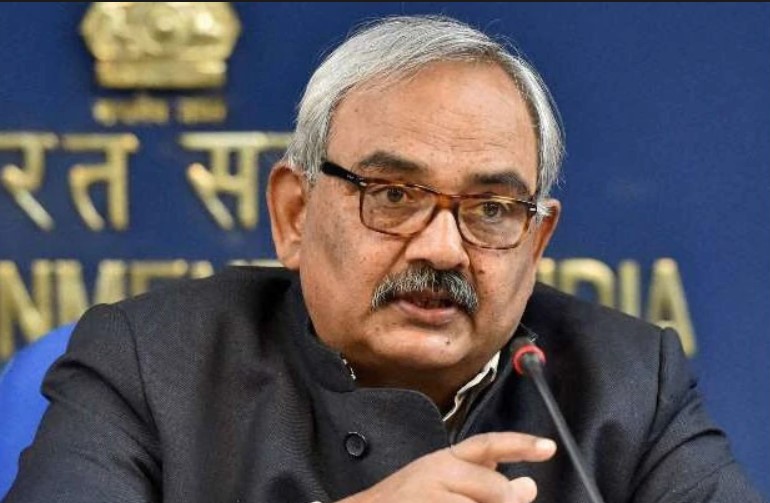 Speaking to reporters in Delhi, senior Congress leader Kapil Sibal said that Mehrishi auditing the deal amounted to conflict of interest. He said, “The Rafale deal took place during current CAG Rajiv Mehrishi’s tenure as finance secretary. Since it’s a corrupt deal, a  probe should be done. But, how will the CAG investigate against himself? First, he will shield himself and then the government. This is conflict of interest.”

“It has been now revealed to us that the audit of the 36 Rafale aircraft deal by you as CAG is one such glaring case.  Under the Defence Procurement Procedure as also the Government of India (Transaction of Business) Rules, Ministry of Finance and the then Cabinet Committee on Security (CCS) are the appropriate authorities for financial sanction and approval of the defence deals.”

“However, as pointed out by the Chairman of the Public Accounts Committee (PAC) of the Parliament, Shri MallikarjunKharge, no CAG report even existed much less was presented  either to the PAC or to the Parliament.  This itself brought into question the information supplied to the Supreme Court by the Government on CAG report as also a possible advance knowledge that the government had of the on-goings in the CAG and the contents of the CAG report that were under preparation.”

The Congress said that the CAG’s silence on the controversy despite his name being dragged to ‘mislead’ the Supreme Court was ‘intriguing.’ The party said that any reasonable ‘person or institution would have come forward to call out the bluff and falsehood being perpetrated by the ruling Modi government.’

The Congress has been attacking Prime Minister Narendra Modi for his role in the questionable Rafale deal by accusing him of stealing Rs 30,000 crore of taxpayers’ money to help his businessman friend Anil Ambani. The expose on the irregularities in the Rafale deal was first published by Janta Ka Reporter in November 2017, prompting the Congress and other opposition parties to take up the issue.

More than a year after Janta Ka Reporter exclusively revealed the alleged irregularities in the Rafale deal, a new document on Saturday conclusively proved the personal involvement of Prime Minister Narendra Modi.