The Congress has welcomed a known bhakt of Nathuram Godse, the killer of Mahatma Gandhi, into the party in the presence of former Madhya Pradesh Chief Minister Kamal Nath. The photo of Babulal Chaurasia being welcomed by Nath was shared by the official Twitter handle of Madhya Pradesh Congress. 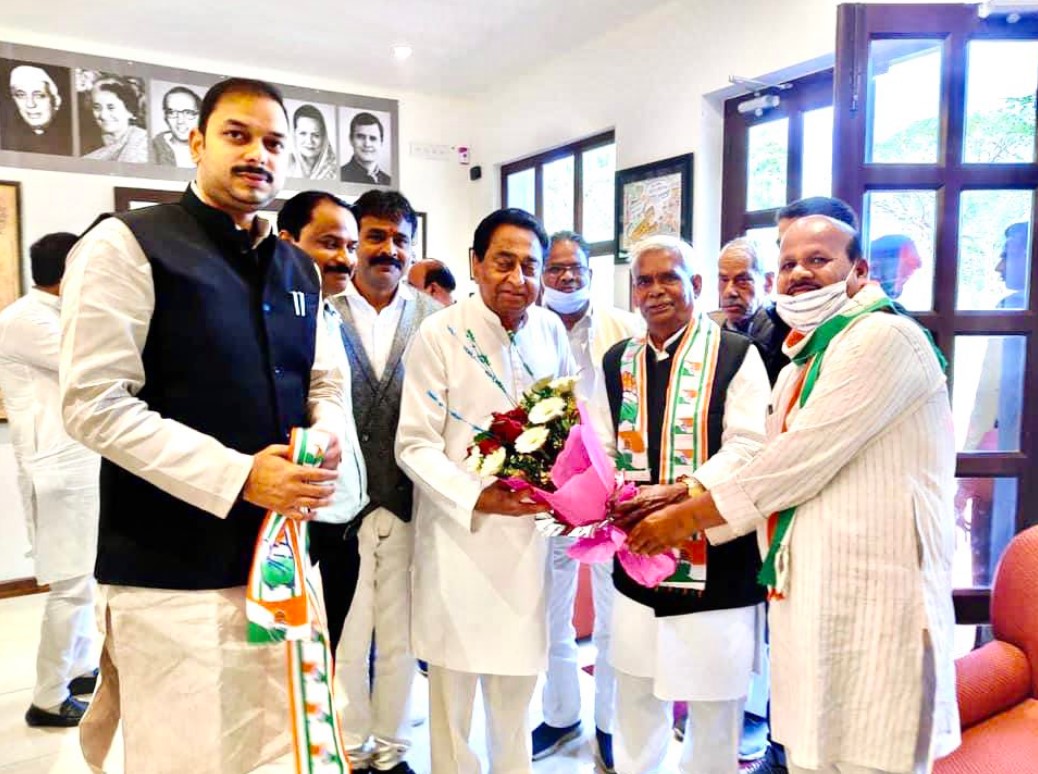 A known devotee of Gandhi’s killer, Chaurasia had pledged to spread the message of the first terrorist of independent India to millions of people. In 2017, he had even taken part in an event at the Daulatganj Hindu Mahasabha office in Gwalior to perform special prayers at Godse’s statue.

The Congress has justified the decision to embrace the follower of Mahatma Gandhi’s killer into the party. “Earlier he was in Congress but he fought the elections and got elected as a corporator from Hindu Mahasabha. Our party leader (Rahul Gandhi) has forgiven the killers of his father. They (Gandhis) are so large-hearted, it’s because of their values that a person worshipping Godse started worshipping Gandhiji,” Praveen Pathak, a Congress MLA in Gwalior, was quoted by NDTV as saying.

Meanwhile, the Congress is facing flak from netizens, who’ve questioned the new pro-Hindutva ideology of the party in their desperation to win elections.

Babulal Chaurasia, of Hindu Mahasabha, in 2017 had setup a ‘temple’ for Nathuram Godse & installed an idol. Police had seized the idol & closed the office.
BJP had condemned the act then.

By welcoming Babulal Chaurasia, who idolizes Nathuram Godse, what message is Madhya Pradesh @INCIndia & Kamalnath sending across to their members? Nathuram Godse & his ideology of killing people is accepted henceforth by Congress?

The desperate move by the Congress to welcome a hardcore supporter of Godse comes ahead of the civic polls in the Gwalior region, considered to be a bastion of their former party leader Jyotiraditya Scindia.