The Congress has stepped up its attack on Uttar Pradesh Chief Minister Yogi Adityanath as it asked the Editors Guild of India to take note of the ‘chutiya’ remarks made for ANI representative. Congress’ chief spokesperson Randeep Singh Surjewala asked if the expletive used for ANI representative was appropriate. 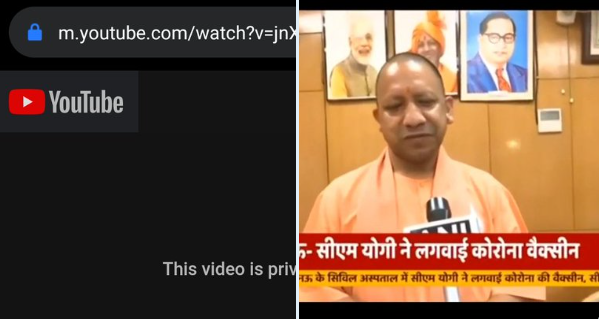 Sharing Adityanath’s viral video, Surjewala wrote, “Are these obscene and insulting language the true culture of the BJP? Was this treatment for the ANI journalist appropriate? Will Editors Guild of India take note? Will friends from media ask questions on this?”

This was after a video in which Adityanath could be seen addressing an ANI representative as ‘chutiya’ went viral on social media platforms. The UP chief minister’s advisors and supporters said that the video had been edited to add the ‘chutiya’ word to defame Adityanath. However, much to their discomfort, the UP chief minister’s expletive-laden comments were broadcast by at least two TV channels namely News18 and ABP Ganga.

After the controversy gained momentum, ABP Ganga had changed its YouTube channel’s settings to make the video private in a bid to ensure that it was no longer accessible for people at large. The video was first shared by a retired IAS officer, Surya Pratap Singh on the microblogging site Twitter.

He along with other journalists were threatened with a criminal case for sharing the video Adityanath’s advisors. But this did not stop them from sharing the video. The most shocking aspect of the controversy was the ANI’s decision to ‘retract’ the LIVE video even though its own representative was been seen abused in the video.