Punjab Chief Minister Charanjit Singh Channi on Wednesday contradicted the claims by Prime Minister Narendra Modi in his security breach in the state. Channi said that the real reason for the BJP cancelling Modi’s trip to Ferozepur was to avoid the mebarrassment of facing an empty ground for his rally. 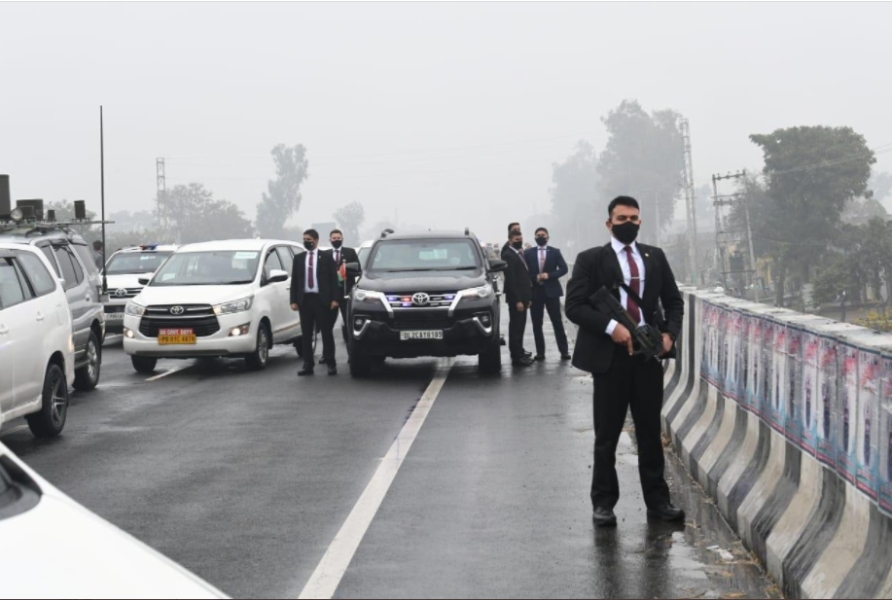 Channi was quoted as saying and National Herald, “There has been no security lapse. I had been up late last night overseeing the security arrangements for his rally. The PM’s road plans were made at the last minute, he was earlier supposed to travel by helicopter.

Alleging breakdown in law and order in Punjab, Union Minister Smriti Irani said, “As a member of the Bharatiya Janta Party, I’m sure the nation shares our outrage at this incident. We know that the Congress party hates Modi, but today they tried to harm the prime minister of India.”

My comments on the Hon PM’s security breach in Punjab. pic.twitter.com/h3yQFZDNEv

A statement by the ministry of home affairs had alleged security breach as it said that the prime minister ‘was stuck on a flyover for 15-20 minutes’ adding that this ‘was a major lapse in the security of the Prime Minister.’

Reacting to the development, former Congress chief minister and now a political ally of the BJP, Captain Amarinder Singh, demanded the resignation of Channi. He wrote on Twitter, “Complete failure of law and order in Punjab, CM and HM Punjab, in particular. When you cannot provide smooth passage to the Prime Minister of the country and that too just 10km from the Pakistan border, you have no right to stay in office and should quit!”

Complete failure of law and order in Punjab, CM and HM Punjab, in particular. When you cannot provide smooth passage to the Prime Minister of the country and that too just 10km from the Pakistan border, you have no right to stay in office and should quit!

The home ministry had said that it took cognisance of ‘this serious security lapse has sought a detailed report from the state government.’ “The State Government has also been asked to fix responsibility for this lapse and take strict action,” it said.