A viral video has shown BJP’s Lok Sabha candidate from Badaun in Uttar Pradesh, Sanghamitra Maurya, urging supporters to cast fake votes to ensure maximum possible votes in her favour. The video, which was shared by journalist Imran Abbas on Twitter, has evoked angry reactions from netizens. 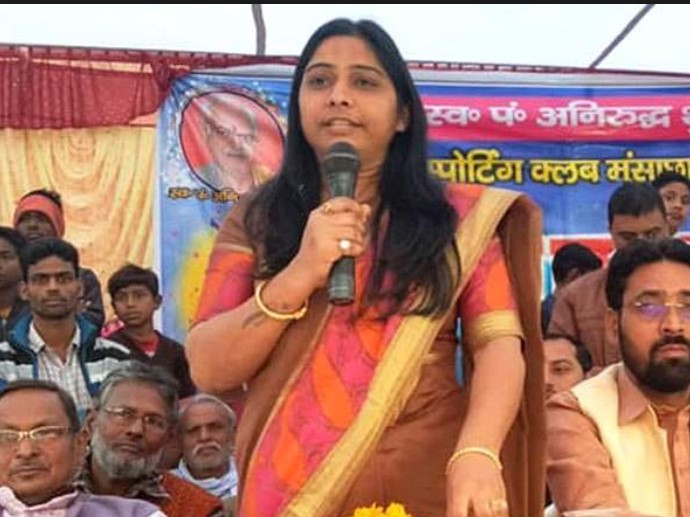 In the video, Maurya, daughter of UP cabinet minister, Swami Prasad Maurya, is heard saying, “Not a single vote should be spared. And someone is not present (to cast vote), then it’s quite common to cast on their behalf using fake slips. Take advantage of that if you get an opportunity. Sanghamitra’s appeal for fake votes is received by clapping and appreciation.

She doesn’t stop here. Continuing her speech, the BJP candidate says laughingly, “You mustn’t do it, but do it when you get an opportunity. Try to cast your own vote but when someone is not here then you can do it (cast fake votes) but discreetly.”

BJP’s Badaun candidate Sanghmitra Maurya encourages her workers to cast votes on behalf of those whose names are there on the voters’ list but are absent.

”Not a single vote should be left. It is OK to use fake voter slips…and vote on behalf of absentees.” pic.twitter.com/yiOgDWFjlV

The video has evoked strong reactions from social media users and journalists with many demanding action against her by the Election Commission.

Is the election commission listening?? https://t.co/gveDF36N0s

Is this how #BJP plans to better its 2014 tally? Watch this video.

”Not a single vote should be left. It is OK to use fake voter slips…and vote on behalf of absentees.”

Ms.Sanghmitra Maurya Daughter of UP Minister Keshav Maurya-She would hv witnessed during her fathers Election. https://t.co/EJdrcPm74M

This is not the first time that Sanghamitra has courted controversy. Last month, she had told an audience that she will become a goon if anyone tries to bully the people of Badaun. She had said, “If anyone tries to play with your dignity, self-respect and attempts to bully you, Sanghmitra will turn into a bigger goon than those people.”

Earlier this month, Sanghamitra was in the news for allegedly hiding details about her marriage in the election affidavit because of trouble in her marital life.

Uttar Pradesh goes to polls in six stages with four phases of polling remaining. The counting will take place on 23 May.