The Uttar Pradesh Police have arrested six people after a photo of a banner banning the entry of BJP workers in a police station went viral. The viral photo showed a banner put up at the entrance gate of the medical college police station in Meerut. 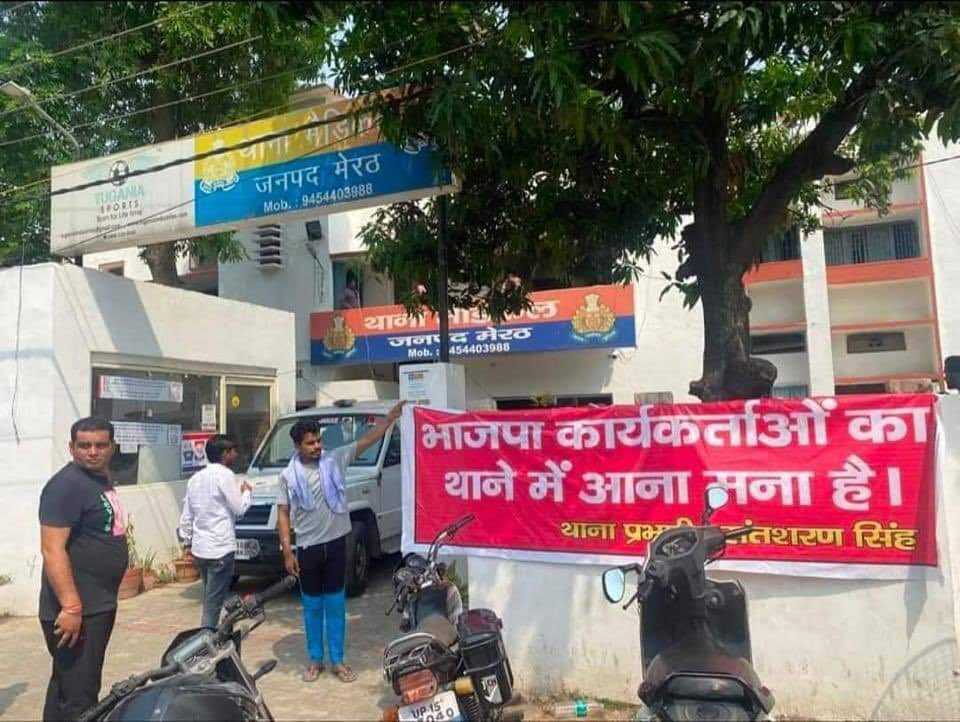 The viral photo had evoked strong reactions from netizens. One user wrote, ‘Do we accept such demeaning banners for BJP workers by our own police, where they are banned to enter police station in Meerut? Or is it a ploy to create rifts between police and BJP?”

Another user wrote, ‘Difficult to imagine such empowerment of SHOs, that too in western UP!”