South Delhi Mayor Mukesh Suryaan is facing widespread condemnation for his decision to ban the sale of meat for nine days during the Hindu festival of Navratri. This was after news agency ANI quoted the BJP leader as saying, During Navratri, 99% of households in Delhi don’t even use garlic & onion, so we’ve decided that no meat shops will be open in South MCD; the decision will be implemented from tomorrow. Fine will be imposed on violators.” 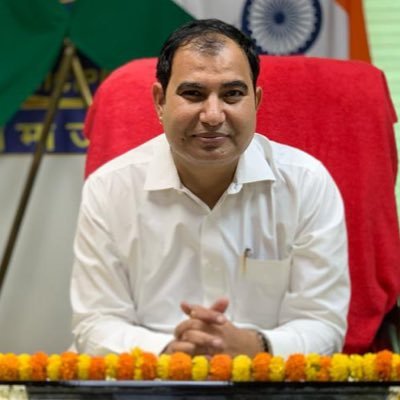 Suryaan went on to add, “Keeping in view the sentiments of the public, necessary directions may be issued to officers concerned to take action for the closure of meat shops during the 9-day period of Navratri festival from 2nd April to 11th April.”

His announcement evoked angry reactions even from a section of Hindus, who slammed the BJP mayor for his controversial step.

The South Delhi Mayor is talking about 99% of his universe. He is ignorant of 99% of the world outside his universe. https://t.co/E5Y6pJlWzZ

Oh so south delhi has a mayor ? What all he/she has to do to be acknowledged and known . ? South delhi mayor and Jammu mayor are separated at some mela I think. Snow in Jammu & now this ! ?

This Twitter handle, namely @TheOnion is hurting my religious sentiments during Navratras. Kindly get it suspended for a few days.

I'm a Hindu. I live in South Delhi. My sentiments are not hurt when meat shops are open or when my fellow Hindus and people from other religions eat non-veg during Navratri.
South Delhi's mayor from the BJP is conflating her political ideology with the beliefs of Hindus. pic.twitter.com/ntiz26ZOYx

Delhi is expected to go for local body polls and many believe that the announcement to ban the sale of meat is made keeping the BJP’s poll chances in mind. Most meat sellers belong to a certain community and the BJP mayor’s decision will hurt them economically.

According to news agency PTI, there are 1500 registered meat shops in the South Delhi Municipal Corporation alone.