Janta Ka Reporter 2.0
Home India Delhi Azam Khan courts controversy with ‘I like you so much’ comments for...

Samajwadi Party MP Azam Khan on Thursday courted huge controversy after he made seemingly objectionable comments for BJP MP Rama Devi, who was overseeing the functioning of the parliament as an acting Speaker of Lok Sabha. 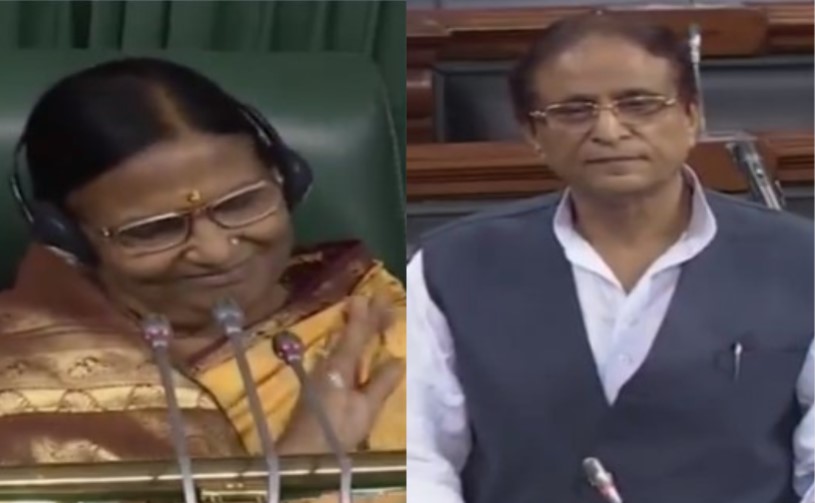 Debating on the Triple Talaq Bill, Khan told Devi, “I would like to stare at you so much that you will ask me to shift my gaze off you.” He continued, “I like you so much that I feel like looking into your eyes. This is my heart’s desire.”

Taking objection to Khan’s comments, Devi said that this was not the proper way of speaking, directing officials to expunge his remarks from the record. Realising that there may be consequences for his loose talk, Khan changed his tone and went on a damage control mission. Addressing the Chair, he said, “You are very respectable to me. You are like a sister to me.”

Khan’s comments, however, evoked angry reactions from BJP lawmakers inside the parliament as they demanded an apology from him. Union Law Minister Ravi Shankar Prasad said, “Other members of the parliament and I have a long experience of this House. In the 19 years of my experience, no MP has ever used such language for the Chair that too a female member of the House. I will appeal to you that he (Khan) should apologise at the least.”

Defending the Samajwadi Party MP from Rampur, Akhilesh Yadav said that his colleague did not mean any disrespect for Rama Devi. “There was nothing wrong in his language or intention. If you think his language was unparliamentary, then please remove that from the record,” Yadav said.

Lok Sabha Speaker Om Birla later took charge of the House’s proceedings and expressed his displeasure on what had transpired in his absence. He urged the MPs to maintain the dignity of the House while taking part in debates and promised to expunge Khan’s remarks if he deemed them objectionable.