The Assam Police have announced a reward for those who can help the cops in nabbing the criminals, featuring in a video of sexual assault and brutality against a ‘tribal girl.’ Shockingly, one of the criminals featured in the video is a woman. 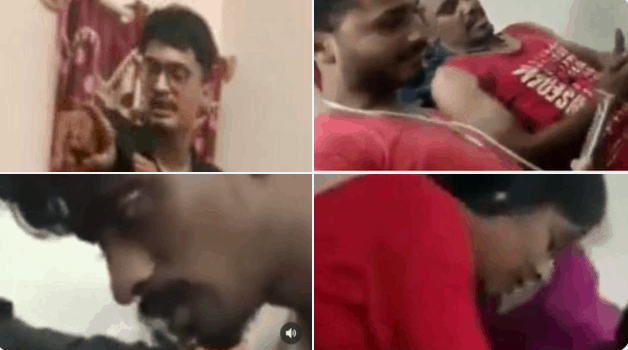 The tweet by the Assam Police read, “These images are of 5 culprits who are seen brutally torturing & violating a young girl in a viral video. The time or place of this incident is not clear. Anyone with information regarding this crime or the criminals may please contact us. They will be rewarded handsomely.”

It added, “We must stand together to bring the perpetrators of this heinous crime to justice.” According to the police, it is not clear where the ghastly incident took place. “It may not be from Assam, we are reaching out to proactively locate the culprits,” the Assam Police said.

These images are of 5 culprits who are seen brutally torturing & violating a young girl in a viral video.

The time or place of this incident is not clear.

Anyone with information regarding this crime or the criminals may please contact us. They will be rewarded handsomely. pic.twitter.com/ZnNjtK1jr6

Sports Minister Kiren Rijiju, who hails from Arunachal Pradesh, tweeted, “The viral video of a girl from North-East being brutally raped and tortured by 4 men & 1 women is not related to Jodhpur suicide case. I had detail discussion with the Police Commisioner of Jodhpur. However, there must be all out efforts by all State Police to catch the devils.”

Rijiju’s clarification came after many said that the victim girl in the video was the same, who had committed suicide in Rajasthan.

Sushmita Dev, the President of Mahila Congress, tweeted, “A disturbing video of a tribal girl being brutally violated has shaken us all.
I believe the @MeghalayaPolice has spoken to Rajasthan & Gujarat DGPs to identify the 5 culprits. I appeal to Sh @ashokgehlot51 ji & Sh @vijayrupanibjp
ji for expeditious legal action. What has shocked netizens is the presence of a woman, who could be seen playing the lead role in brutalising the tribal girl.”

What has left netizens stunned is the presence of a woman as the lead perpetrator in the video. She could be seen leading the brutality against the minor girl in the video.