Delhi Chief Minister Arvind Kejriwal on Sunday said that the central government’s financial probe agency Enforcement Directorate was likely to arrest his minister Satyendar Jain ahead of Punjab polls. According to the Aam Aadmi Party chief, he learnt this from his sources. Kejriwal told reporters that the Modi government was targeting his party after sensing defeat for the BJP in Punjab. 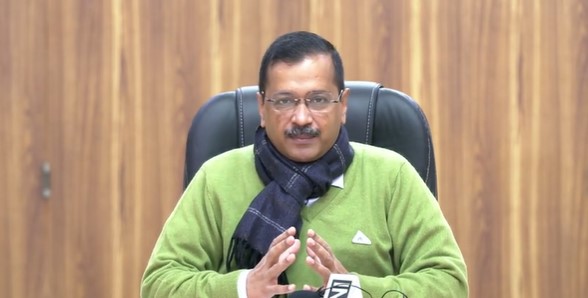 “We have learnt from our sources that right before the Punjab polls in the coming few days, the ED is going to arrest Satyendar Jain (Delhi Health and Home Minister). They are most welcome,” Kejriwal said in his press conference.

Ironically, his allegations based on his sources come days after he mocked Punjab Chief Minister Charanjit Singh Channi after the same government agency raided one of his relatives in the poll-bound state.

Reacting to the ED raids at the house of Channi’s nephew, Kejriwal had said the Punjab CM was losing the elections and people were in shock after seeing cash recovered by the central government agency during the raids.

However, Kejriwal on Sunday said that the Narendra Modi government used its agencies only when ‘BJP realises that it is going to lose (in elections).’

Meanwhile, the BJP hit back saying that Kejriwal was desperately trying to gain sympathy ahead of the polls. Several BJP leaders including Harish Khurana and Adesh Gupta released their video statements asking who in the ED and informed him about the future arrest of his cabinet minister.

“If your minister has not done anything wrong, you need not worry about the ED action,” said Khurana.