Delhi Chief Minister Arvind Kejriwal on Saturday asked on Twitter if the controversial administrator of Lakshadweep was being appointed the new Lieutenant Governor of the national capital. 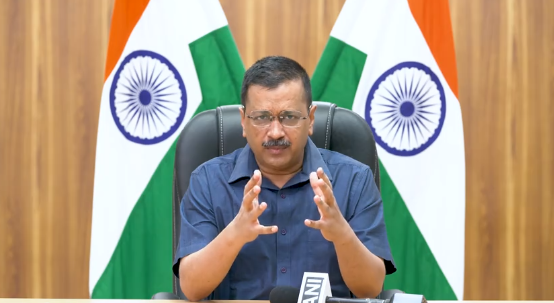 “Is Mr Praful Patel, Administrator of Lakshdweep, being made the next LG of Delhi?” Kejrieal asked.

Praful Patel, who hails from Prime Minister Narendra Modi’s Gujarat, is the first non-bureaucrat to be appointed the administrator of a Muslim-majority union territory. The administrator had come under scathing criticism last year for introducing a series of controversial decisions. They included the introduction of liquor sales, a ban on the sale and consumption of beef and bringing in new regulations to change the landscape of Lakshadweep.

Is Mr Praful Patel, Administrator of Lakshdweep, being made the next LG of Delhi?

It’s in this context that locals in Lakshadweep felt that the slew of changes announced by Patel were brought in to harass the local Muslim population.

Patel was also accused of worsening the pandemic crisis in Lakshadweep by diluting the stringent measures already in place. The union territory was saved from the pandemic all through 2020 since visitors from mainland India were required to spend 14 days of strict quarantine before being allowed free movement on the island. However, Patel changed that rule and allowed visitors to only produce a negative RT-PCR obtained within 48 hours of their visit.

Kejrieal has always found himself at loggerheads with the Delhi LG, who he accused of creating obstructions in his ability to take key administrative decisions.

Kejriwal’s tweet on Patel comes amidst a raging controversy over the postponement of the local body polls in the national capital, allegedly at the behest of the central government’s order.

Kejriwal’s party, the AAP, on Friday approached the Delhi High Court seeking its direction to the State Election Commission to conduct MCD elections with EVMs that are compatible with VVPAT.

On 9 March, the State Election Commission had deferred the announcement on this year’s local body polls in Delhi by a week saying that it had received an order from the Centre. Kejriwal’s party has created history by winning a landslide majority in Punjab, hopes to wrest the power from the BJP in the MCD polls.