Delhi Chief Minister Arvind Kejriwal is facing widespread condemnation even from his Hindutva supporters after he was accused of splashing crores of taxpayers’ money to ensure LIVE TV broadcast of his Diwali puja on several TV channels in a desperate bid to emulate Prime Minister Narendra Modi on Saturday. One Hindutva supporter, now his core vote bank, termed his action as theatrics, while others questioned the rationale behind pulling off this mega event at the expense of taxpayers’ money to create his new image as the saviour of Hindus. 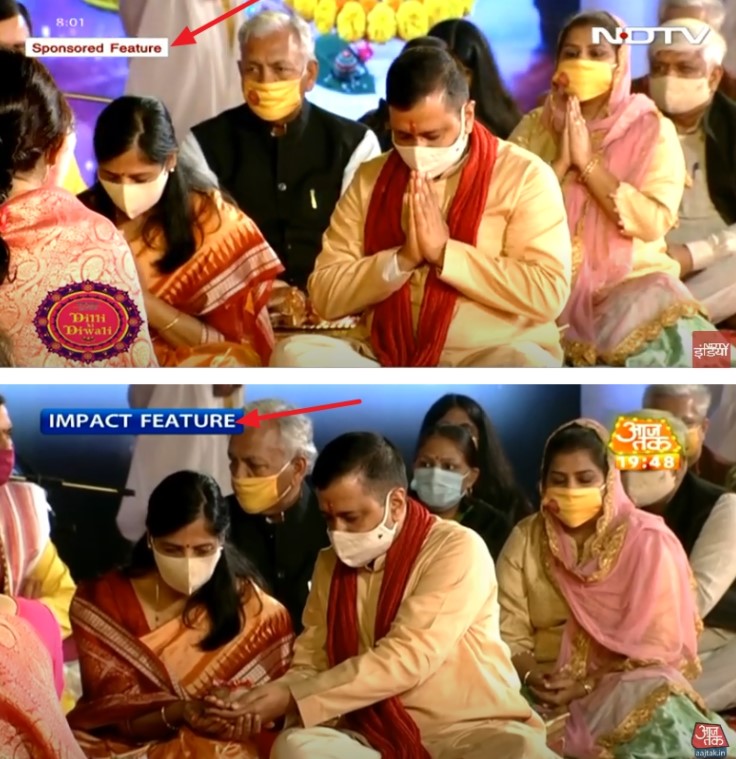 Kejriwal’s action coincided with Delhi’s air quality turning to severe category due to the alarming rise in air pollution, something his government has miserably failed to check despite being in power for six years.

Thew Air Quality Index or AQI was registered to be at 414 on Saturday, while the 24-hour average AQI stood at 339 on Friday and 314 on Thursday.

Kishwar was referring to Kejriwal’s support base among Muslims, who voted en masse to elect AAP leader to power on three occasions. Others questioned his decision to splash crores of taxpayers’ money in staging a religious event in a secular democratic set-up of India.

Even a little bit of unity goes a long away. pic.twitter.com/oKRGQlPaF2

Its not a live telecast, its a live advertisement. pic.twitter.com/d5wnrNeURS

I told you, AAP is BJP in making!!

While Kejriwal is doing his best to compete with Modi and his hindutva brigade and spending money to beam live Laxmi puja, Delhi and NCR does not seem to care. Despite ban crackers in full swing.

09:40 AM: Jammu and Kashmir: Wreath laying ceremony of BSF Sub-Inspector Rakesh Dobhal who lost his life in ceasefire violation by Pakistan in Baramulla district on 13th November, held at Srinagar today. (ANI)