The Delhi Police has arrested Apoorva Shukla Tiwari, the wife of former Uttar Pradesh and Uttarakhand Chief Minister ND Tiwari’s son Rohit Shekhar Tiwari, for her husband’s murder. The Delhi Police had questioned her for three days in a row. 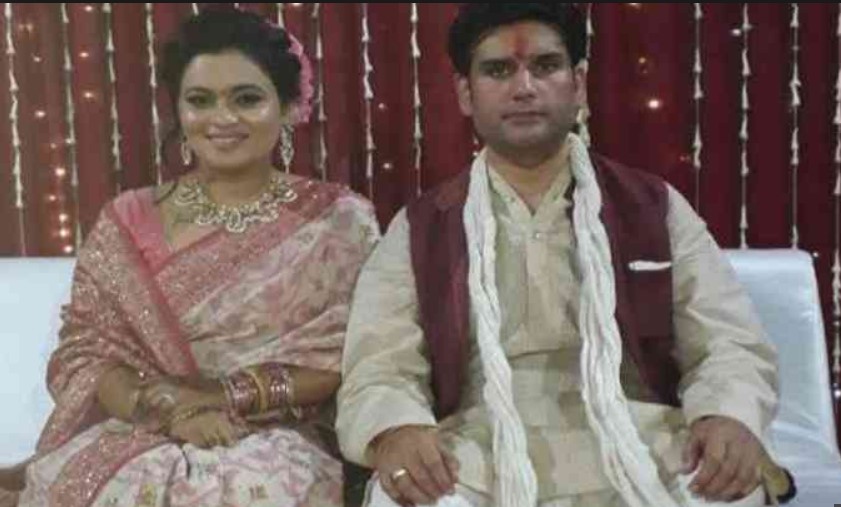 Late UP and Uttarakhand CM ND Tiwari’s son Rohit Shekhar Tiwari’s death case: Apoorva Tiwari, the wife of Rohit, who has been arrested today in connection with the case, being taken for questioning by Delhi Crime Branch on April 21. #Delhi pic.twitter.com/7YqZ1z9E0Y

Rajiv Ranjan,Delhi Additional CP (Crime) said that the investigation into Rohit’s death had  proved it beyond doubt that it is her (Apoorva, Rohit’s wife) work and ‘she has confessed to it. Till now no evidence has been found regarding someone else’s involvement.’

Rohit’s dead body was brought to Delhi’s Max Hospital in Saket last week. He was alleged to have been killed after allegedly being suffocated with a pillow. He had travelled to Uttarakhand to cast his vote in the first phase of the Lok Sabha polls before returning to Delhi on 12 April.

The Delhi Police had said that the post-mortem report revealed it to be a case of unnatural death, adding that he may have been smothered with a pillow. The possible murder angle came during the search operation at Rohit’s Defence Colony house by the Forensic and Crime Branch teams.

Delhi Police on Friday transferred the case to the Crime Branch, which has now formally registered a case of murder under Section 302 (murder) of the Indian Penal Code.

In January 2017, when ND Tiwari was alive, Rohit had joined the BJP with his father with whom he had fought a prolonged battle over claims that he was indeed his son. Later Tiwari had accepted that Rohit was his biological son.