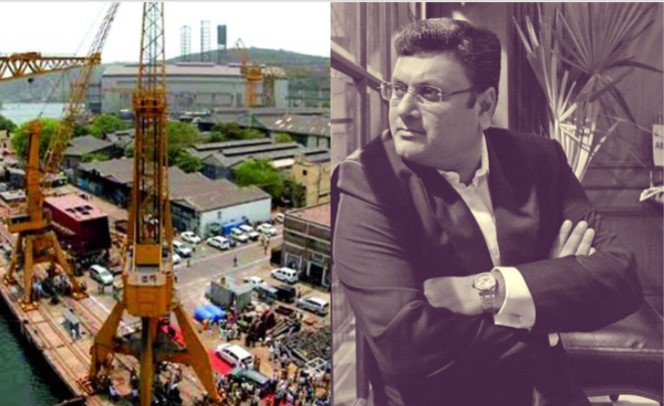 This was after the CBI booked ABG Shipyard Ltd and its former chairman and managing director Rishi Kamlesh Agarwal along with other directors for allegedly cheating a consortium of banks led by State Bank of India of over Rs 22,842 crore. According to news agency PTI, the CBI has also booked the then executive director of ABG Shipyard, Santhanam Muthaswamy, directors Ashwini Kumar, Sushil Kumar Agarwal and Ravi Vimal Nevetia and another company ABG International Pvt Ltd for alleged offences of criminal conspiracy, cheating, criminal breach of trust and abuse of official position under the IPC and the Prevention of Corruption Act.

Surjewala posed seven questions to the Modi government during his press conference.

He asked, “Why did it take 5 years after the liquidation proceedings of ABG Shipyard to lodge even an FIR for duping 28 banks of Rs. 22,842 crore? Why did Modi Govt refuse to take note of public allegations made on 15.2.2018 i.e 4 years ago, by principal opposition party – Indian National Congress, warning of a scam in ABG Shipyard?

“Why did Modi Govt not lodge an FIR and take criminal action, despite ABG Shipyard accounts having been declared as “Fraud” on 19.6.2019? Why did Modi Govt and the CBI not file an FIR against ABG Shipyard at the time of first complaint made by SBI to CBI, 2 years ago i.e. on 8.11.2019? Why did the Finance Ministry, SBI and the CBI kept on pushing files and raising objections for two and a half years between 8.11.2019 to 7.2.2022 i.e. date of first complaint and lodging of FIR, despite the fraud haven being established vis-à-vis ABG Shipyard?

“Why did CBI not lodge an FIR for one and a half years, even after the second complaint (25.8.2020) by SBI? Does this not prove Complicity, Collusion & Connivance of those sitting in the highest echelons of power in the Modi Govt?”

Located in Gujarat, ABG Shipyard has been a big name in the Indian shipbuilding industry. The Congress said that it had warned of a massive bank fraud by the company way back in 2018.

BJP MP Varun Gandhi too on Sunday took to Twitter to attack his own government for allowing big businesses to commit largescale bank frauds with impunity while poor farmers were forced to end their lives for their inability to pay small bank loans.