Home Minister Amit Shah is facing widespread ridicule on social media after a video of him distributing election pamphlets by using saliva to separate the pages went viral. Netizens used the video to highlight the hypocrisy of the BJP and its-controlled media for vilifying Muslims during the first wave of the pandemic by accusing them of spitting to spread the virus. 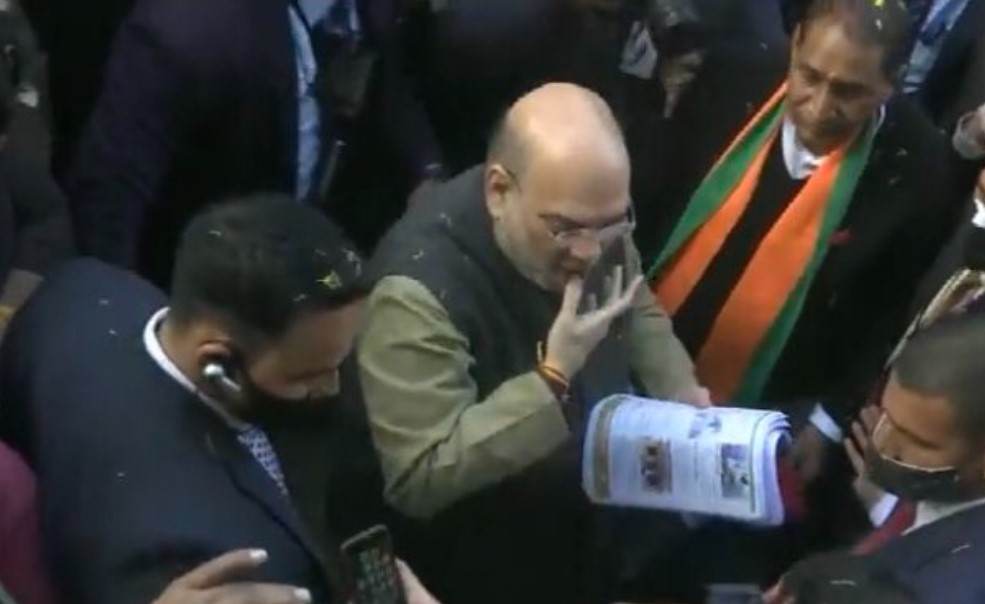 The video of Amit Shah is from his roadshow in western Uttar Pradesh where the senior BJP leader was seen wooing potential electorates by distributing them his party’s pamphlets. Shah, who was seen carrying a bundle of pamphlets, could be seen using his saliva to separate them during his door-to-door campaign.

Also Read: “Wishing you speedy recovery from COVID and hate”: Sudhir Chaudhary of Zee News divides opinion after he shares photo from hospital bed with health update on corona

The video evoked angry reactions with many Twitter users accusing him of spreading the virus at a time when the threat of the Omicron variant is significantly high. The Election Commission has already banned physical campaign due to the fear of the pandemic.

You cannot say the modi govt has not given y’all anything. Amit shah is giving y’all spit and coronavirus. https://t.co/a0pTxlLUSw

In the first wave of the pandemic in 2020, BJP leaders and pro-government media outlets had peddled fake news by alleging that members of the Tablighi Jamaat were found to be spitting to intentionally spread the virus.

Uttar Pradesh goes to the polls in seven stages next month with the counting of votes scheduled for 10 March.