Top Sikh body Akal Takht has called for a ban on the RSS, the BJP’s ideological mentor, saying that the Hindutva outfit threatened to divide the country. 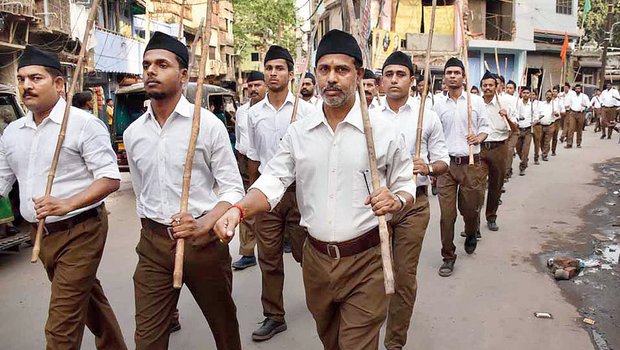 Speaking to reporters in Amritsar, Akal Takht chief Giani Harpreet Singh urged the BJP-led government at the Centre to rein in the outfit. “Yes, it should be banned. I believe what the RSS is doing will create divisions in the country. The statements being made by RSS leaders are not in the country’s interests,” Singh was quoted by NDTV.

Commenting on the BJP-RSS link in the government at the Centre, Singh said that the RSS was not in the interest of the country adding that it ‘would hurt the country and destroy it.’

Singh, who is the highest Sikh priest, said that the Akal Takht had no problem in the RSS celebrating the 550th Guru Nanak. “We have no problem if RSS celebrate the birth anniversary of Guru Nanak Dev Ji. But they must celebrate it under the Sikh code of conduct and must not violate any rule, trading or ritual of Sikhism,” Times Now quoted him as saying.

This is not the first time that a Sikh body has criticised the RSS in the recent past. Last week, Shiromani Gurdwara Parbandhak Committee president Gobind Singh Longowal objected to RSS chief Mohan Bhagwat’s comments calling India a Hindu Rashtra.

In a statement, Longowal had said that Bhagwat’s comments were highly objectionable since India was a multi-ethnic and multi-lingual country. His statement had read, “The Indian Constitution gives all the citizens of the country religious freedom. But the RSS chief is deliberately ignoring the Constitution and imposing the Hindu Rashtra agenda on the country.”

The SGPC criticising the RSS assumed significance since this is controlled by the Shiromani Akali Dal, which has been in alliance with the BJP for several years both in Punjab and at the Centre.