The Intelligence Fusion & Strategic Operations Unit (IFCO) of Delhi Police has arrested a fourth accused, identified as Neeraj Bishnoi, from Assam in the Bulli Bai app case. The latest accused to be arrested after Vishal Jha, Shweta Singh and Mayank Rawat is a 21-year-old man. 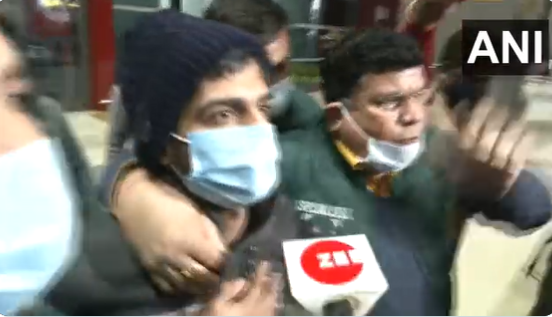 18-year-old Vishal Jha was arrested by the Mumbai Police from Bengaluru and produced before a Bandra court in Mumbai. He was later sent to police custody till 10 January. Jha is believed to be an engineering student and had allegedly conspired with three other perverts to carry out an online auction of Muslim women on the Bulli Bai Deal app on the GitHub platform.

The Mumbai Police arrested their third accused, Mayank Rawat, from Uttarakhand on 5 January. Rawat is a BSc student at Delhi’s Zakir Hussain College. His father is believed to be serving in the armed forces and is currently posted in Jammu.

The fourth accused, Bishnoi, is being described as the mastermind behind the Bulli Bai Deal app. 21-year-old Bishnoi is a second-year BTech student at Vellore Institute of Technology, Bhopal, Madhya Pradesh.

According to DCP(IFSO) KPS Malhotra, Bishnoi has confessed to his crime, adding that the Delhi Police have acquired technical evidence required from his laptop and mobile. “The whole network has been busted,” said Malhotra.

He was arrested from Assam by Delhi Police Special Cell’s IFSO team pic.twitter.com/DzPR7rdHtH

The common theme running through all four accused are that they took refuge in BJP-ruled states and shared an upper-caste Hindu background.

They are accused of morphing Muslim women’s photos and placing them on the internet for auction.

India Today group and lyricist Javed Akhtar had to face public condemnation for seeking sympathy for one of the accused, Shweta Singh, citing her age and the fact that she lost both her parents in the past.

According to reports, information obtained from Jha during the interrogation led to the arrest of Singh, who guided the cops to nab Mayan Rawat.