Prime Minister Narendra Modi on Friday slammed his critics and asked them if they supported the Indian armed forces. 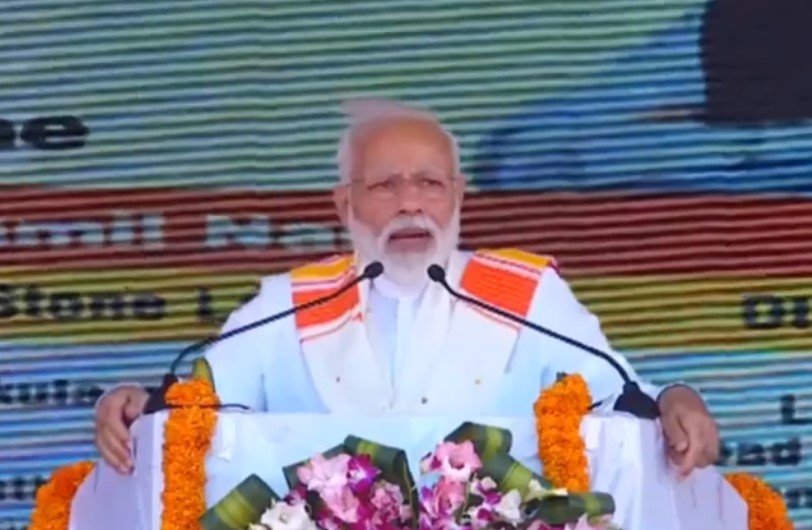 Speaking in Tamil Nadu’s Kanyakumari, Modi said these were ‘the same people whose statements are helping Pakistan and harming India.’ “They are the same people whose statements are being happily quoted in Parliament of Pakistan & in the radio of Pakistan. I want to ask them- do you support our armed forces or suspect them?” news agency ANI quoted him as saying.

Modi has come under severe criticism for his perceived insensitivity towards Indian soldiers even in the moment of national crisis. He was accused of going ahead with his documentary shooting in Uttarakhand when a suicide bomber left 45 CRPF soldiers dead in Pulwama on 14 February. A day later, he was seen seeking votes for this year’s Lok Sabha polls in Jhansi in Uttar Pradesh. He was also busy with his election-related programmes on Thursday, a day after the Pakistani military had breached the Indian airspace, claimed to down one MiG fighter jet and released the videos of the captured Indian Air Force officer, Wing Commander Abhinandan Varthaman.

On Wednesday, as many as 21 opposition parties had issued a joint statement, slamming Modi for politicising the national security issue. Pakistani Prime Minister Imran Khan had announced on Thursday that his country will release the captured Indian Air Force officer as a peace gesture towards India.

Ahead of Modi’s Tamil Nadu visit on Friday, hashtag #GoBackModi had once again become a top trend on Twitter.