Aam Aadmi Party MLA Dilip Pandey on Tuesday alleged that the Crime Branch of the Delhi Police had questioned him for his efforts to help people during the ongoing pandemic. The Delhi Police, for their part, said that they were following the high court order. 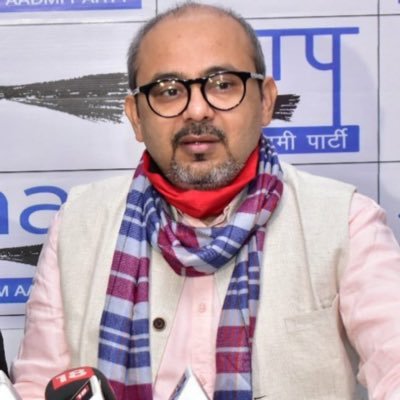 Pandey, who himself had recently tested positive with other members of his family, took to Twitter to write, “Helping others in the Modi raj has become a sin. My entire family is affected by the Covid pandemic. But the Crime Brand people asked me, “How did help people. Answer that.” I will help victims not once but one thousand times even if Modi-Amit Shah hang me for this sin.”

The Delhi Police, according to news agency ANI, said that they were only following the order from the high court. “On a writ petition filed in Delhi High Court about politicians involved in illegal distribution of COVID medicines etc, the court has directed Delhi Police to conduct an enquiry. An enquiry is being conducted from several concerned persons,” the Delhi Police were quoted as saying.

They added, “Dilip Pandey (AAP leader) was contacted today but his phone was switched off. Later, an advocate called up enquiry officer & informed that he would submit reply tomorrow. This is in response to Pandey’s mischievous tweet with misplaced allegations on police enquiry.”

Many desperate people were seen approaching Dilip Pandey on social media as the pandemic began to wreak havoc across India.