A 38-year-old man, who worked as a delivery agent in India’s national capital died of heart attack as he walked back home amidst the countrywide lockdown announced by Prime Minister Narendra Modi. Ranveer Singh was had covered a distance of over 200 kms by walking when he collapsed on the highway near Agra in Uttar Pradesh. 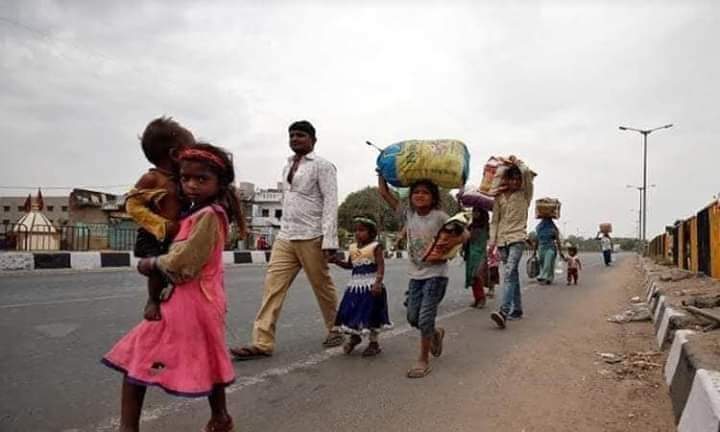 A native resident of Morena in Madhya Pradesh, Singh was forced to walk as public and private transport are banned to operate amidst the lockdown. He was one of the thousands of migrant workers who’ve been walking on the road to return home due to uncertainty over their future in Delhi where their employers have been forced to shut down businesses. The distance between Delhi and his village in Madhya Pradesh is approximately 326 kms and he was only 80 kms away when he collapsed on the road.

According to NDTV, when Singh collapsed on the highway in Agra in Uttar Pradesh, a local shopkeeper offered him tea and biscuits. But soon, the report added, he had a heart attack and died.

Thousands of migrant workers gathered at bus terminals around Delhi after Uttar Pradesh Chief Minister Yogi Adityanath promised to deploy 1,000 buses to transport them to their respective villages.

The central government headed by PM Modi is facing condemnation for an unplanned declaration of the lockdown that has caused chaos across India. Experts believe that the unprecedented crowd gathered across Delhi on Saturday defeated the objective of social distancing and could play a big role in triggering community-level transmission of coronavirus in India.