Indian Idol judge Vishal Dadlani has taken a jibe at right-wing supporters of Arnab Goswami for their ‘gullibility’ and ‘hypocrisy’ after the Republic TV founder found himself in a spot of bother following the alleged leaked WhatsApp chat with the ex-CEO of BARC, Partho Dasgupta. This came days after it emerged that Goswami had allegedly accused Kangana Ranaut of being sexually possessed with Hrithik Roshan. 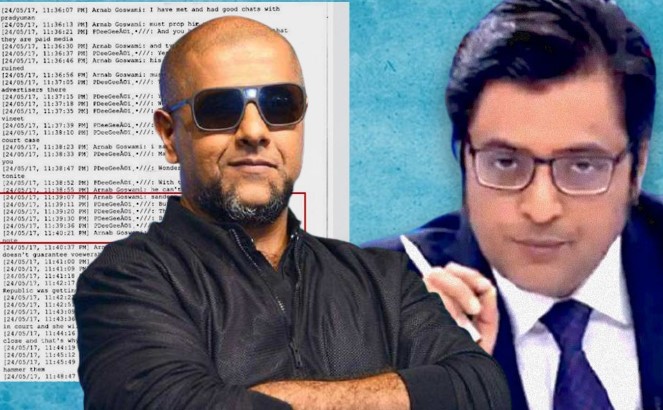 Apart from his true vile self, you know who Arnab really exposed?

1. Those who follow him. He exposed their gullibility & naivete.

2. Those who empower him. He exposed their hypocrisy, their lack of any real patriotism.

3. Those who defend him. Now they see who he actually is.

On Sunday, Dadlani had lashed out at activist Rahul Easwar after the latter made a desperate attempt to defend Goswami, calling him patriotic. A visibly angry Dadlani had said, “If he celebrated the death of 40 of our soldiers as a “Big win”, and you are choosing to defend that, then YOUR own patriotism is clearly questionable. Shame on him and on you.”

In a separate social media post, the famous Bollywood music director wrote, “Just one simple thing really. If an Indian man rejoiced at the personal benefit he derived from the killing of 40 Indian soldiers, this man should be greeted with garlands of chappals around his neck, wherever he goes. Does any Indian anywhere, disagree?”

Goswami is facing flak from everyone for allegedly celebrating the Pulwama terror attack that left more than 40 Indian soldiers dead. He had also predicted the Balakot airstrikes three days before the Indian Air Force carried out the military exercise deep inside Pakistan.

Pakistan has reacted saying that Goswami’s leaked WhatsApp chat had vindicated its stand on the Pulwama terror attack. Pakistani Prime Minister Imran Khan had said that the leaked chat between the Republic TV founder and the former executive of the Indian TV rating agency ‘has revealed the dirty nexus that is pushing our nuclearised region to the brink of a conflict it cannot afford.’

India’s opposition parties have demanded Goswami’s arrest under the Official Secrets Act after declaring him a ‘traitor.’