Indian Idol judge Neha Kakkar has sensationally revealed for the first time how she fell in love with Rohanpreet Singh and what prompted her to exchange wedding vows with him without wasting much time. She made the revelation on the Bigg Boss show during her conversation with its host Salman Khan. She had appeared on the show with brother Tony Kakkar to promote her new song featuring Siddharth Shukla and Shehnaaz Gill aka Punjab’s Katrina Kaif. 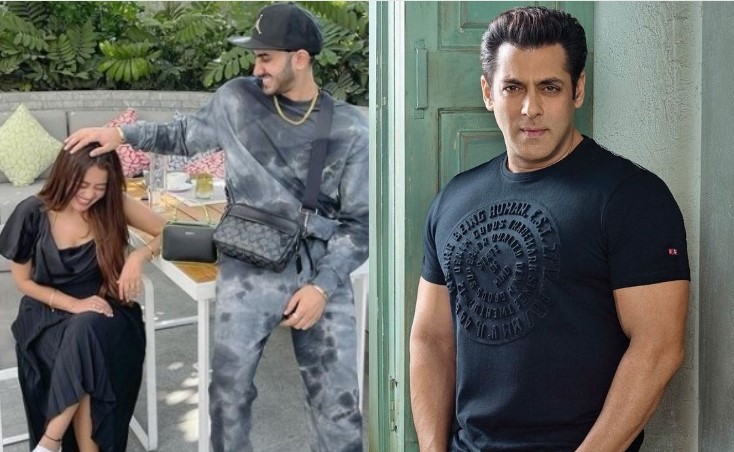 Neha informed that her new video song Shona Shona featured two of the most famous contestants from the previous edition of the Bigg Boss show namely Siddharth Shukla and Shehnaaz Gill. Salman said, “Talking about Shona Shona, Neha got married a month ago and her wedding song also became a hit. Did you get married because of the song or you made the song first and then decided to get married?”

Neha replied, “No sir, I didn’t have anything about my marriage in mind. First time I made a song without realising that I will write my future in that song.” The Indian Idol judge went on to add that lines in the song meant ‘I want to get married to you’ and ‘I want to spend the rest of my life with you.’

Neha revealed that she had no idea that the person featuring opposite her in the video would be her husband. This left Salman in a state of shock as he asked, “Really?” Neha said that nothing was decided about her future wedding with Rohanpreet when they were shooting the song. “I met Rohu (Rohanpreet) for the first time there,” she said adding that she fell in love with Rohanpreet in the video.

Salman wondered why it was such a quick decision to get married immediately after falling in love with Rohanpreet. To which, Neha said that she always took important decisions of her life without wasting too much time, adding that she followed this practice even while shopping for her outfits. “And Rohanpreet is someone, who also sings beautifully, that anyone who listens to him will go crazy for him,” she added.

This is the first time Neha has revealed how she reached the decision to marry Rohanpreet, whose claim to fame in life was that he took part in a singing reality show before taking part in a show as a suitor of ex-Bigg Boss contestant Shehnaaz Gill aka Punjab’s Katrina Kaif in another reality show.

On the work front, Neha is back to judging the new series of the Sony TV’s singing reality show, Indian Idol.