BJP MP Subramanian Swamy has made a stunning allegation saying that Sushant Singh Rajput was murdered. The outspoken Rajya Sabha MP shared a list of reasons that prompted him to conclude that the 34-year-old actor from Bihar had not committed suicide. 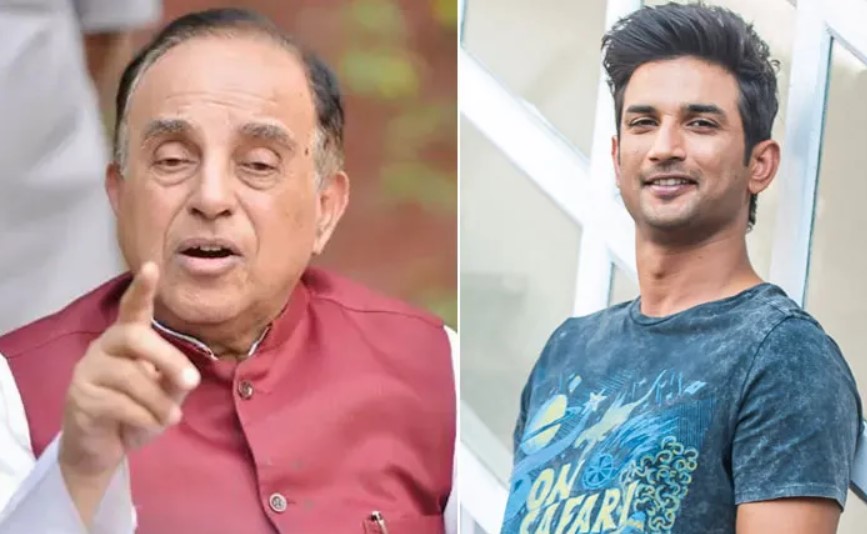 Sharing the list of reasons, Swamy wrote, “Why I think Sushanth Singh Rajput was murdered.” The image shared by Swamy had a screenshot of a page detailing the list of evidence found from Sushant’s room when his dead body was discovered on 14 June.

One of the reasons cited in the screenshot shared by Swamy stated that the ‘length of ligature mark on the neck’ supported the murder theory. It also claimed that the fact that ‘no eye popout’ was reported from Sushant’s body, this also supported the murder theory. Other reasons cited in Swamy’s tweet to support his murder allegations included ‘no forth from mouth,’ no tongue protrusion,’ and ‘mark of neck not matching with type of cloth used’ by Sushant to end his life.

Why I think Sushanth Singh Rajput was murdered pic.twitter.com/GROSgMYYwE

Swamy has repeatedly termed Sushant’s death as ‘unnatural’ as he called for a CBI inquiry. The BJP MP also wrote to Prime Minister Narendra Modi demanding a CBI probe into Sushant’s death. His letter had letter, “Although the Police is still investigating the circumstances after registering an FIR, I learn from my sources in Mumbai that many big names in the Bollywood film world with links to Dons in Dubai are seeking to ensure a cover-up is carried out by the Police so that voluntary suicide is concluded as the reson for the demise of Mr. Rajput.”

Modi had even acknowledged his letter.

In another tweet, Swamy said, “I just saw Things don’t add up in Sushant’s suicide.”

Reacting to the news of Sushant’s father filing an FIR against the actor’s former girlfriend Rhea Chakraborty with the Bihar Police, Swamy had said that he spoke to Bihar Chief Minister Nitish Kumar to praise the Patna Police. He wrote, “I spoke on phone to Bihar CM Nitish Kumar. I praised Patna Police & free hand he has given for the thorough investigation& the FIR. Since now there are two probes, I will initiate for a CBI probe. He said he has no objection but wants justice done for Sushant and culprits caught.”

Meanwhile, Rhea has approached the Supreme Court requesting the transfer of the case from Bihar to Mumbai. Sushant and Rhea were in a relationship at the time of the former’s death. Sushant’s father has alleged that Rhea transferred Rs 15 crore from his son’s account, adding that the late actor had no history of mental illnesses until he came in contact with Rhea.