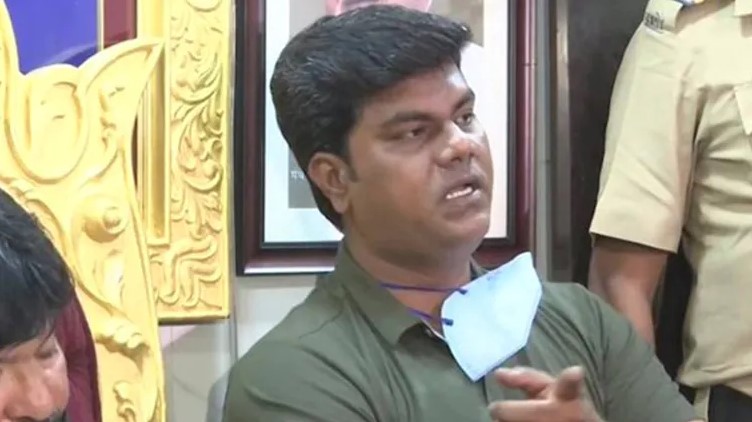 Who was Prabhakar Sail?

In October last year, Sail stunned everyone by alleging the exchange of a huge volume of money involving officers from the Narcotics Control Bureau including its Zonal Director Sameer Wankhede. Sail worked as a personal bodyguard of KP Gosavi, whose selfie with Shah Rukh Khan’s son had gone viral.

Sail, in his affidavit, had alleged that he heard Gosavi speak with one Sam D’Souza about one Rs. 18 crore deal of which Rs. 8 crore was meant to be paid to NCB Zonal Director Sameer Wankhede. According to Sail’s affidavit, he was present in the car when Gosavi spoke to D’Souza.

Sail had alleged that Gosavi held a meeting with D’Souza and Shah Rukh Khan’s manager, Pooja Dadlani in a car the same evening. Sail had gone on to add that he received the cash from Gosavi and personally delivered it to D’Souza.

Sail, one of the nine witnesses whose names were later released by the NCB, had said that he feared for his life after Gosavi went missing. This, according to him, was the reason why he decided to file an affidavit.

The affidavit had read, “On 1st October 2021, at about 9.45 PM, he (Gosavi) called me and said that I should be ready by 7.30 AM and that he has left. On 2nd October 2021, at about 7.35 Kiran Gosavi called me and said that he had transferred Rs. 500 to my gpay account and told me that he is sending me a location on WhatsApp and told me to come to that location.”

“I reached CST station at 8.45 PM and when I saw the location at WhatsApp, it was shown as NCB office. I reached there by taxi and saw white Innova car MH-12 GJ-3000 parked opposite NCB office, I asked the driver Vijay Suryavanshi as to where is KP Gosavi. He told me that KP Gosavi is in NCB office and he is in a meeting with NCB officials.”

“At about 10.30 pm I was called (by) KP Gosavi in the boarding area and I saw Aryan Khan in one of the cabins at the cruise boarding area. I saw one girl, Munmun Dhamecha and few others with NCB officials.”

“Till such time we reached Lower Parel KP Gosavi was talking to Sam on the phone and stated that you put a bomb of 25 crores and let’s settle at 18 final because we have to give 8 crores to Sameer Wankhede,” Sail had concluded.

Wankhede had denied allegations made by Sail.

The Mumbai Police later formed a four-member team to investigate sensational claims made by NCB witness Prabhaakr Sail. It was only after Sail’s claims that the NCB was forced to remove Sameer Wankhede from the case’s investigation.

Interestingly, Maharashtra Minister Nawab Malik had also accused Wankhede of indulging in extortion as he raised questions on the latter’s mysterious trips to the Maldives and Dubai in the past.

Malik was later arrested by another central government agency, the Enforcement Directorate.

Aryan Khan was arrested with seven others from a Goa-bound cruise ship by the NCB. He had to spend nearly a month in Mumbai’s Arthur Road jail until the Bombay High Court granted him bail.