There are reports of many fatalities in western Maryland after a shooter opened fire at a warehouse. The police said that the shooter was no longer a threat to the community. 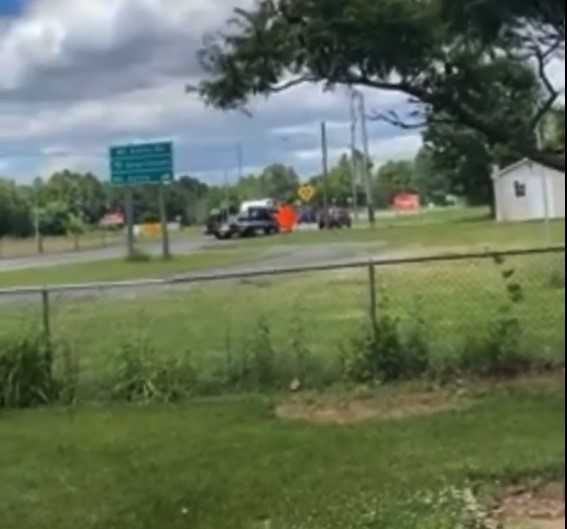 According to the police, they responded to the active shooting at Columbia Machine, Inc. on Bikle Road in Smithsburg around 2:30 PM on Thursday.

Governor Larry Hogan has confirmed that at least three people have lost their lives in the shooting and next of kin is being notified.

Washington County Sheriff’s Office confirmed many fatalities in the shooting although the number of people killed is not revealed yet.

#Maryland @GovLarryHogan on #Smithsburg shooting – says ‘potentially three people killed’ and a @MDSP trooper shot in the shoulder – adds that the trooper returned fire. Status of shooter unknown at this time. @wbalradio pic.twitter.com/VuUyEPOEFg

The police were able to shoot and neutralize the shooter. His identity is not yet known. According to the latest report, the shooter has been admitted to a hospital after he sustained injuries in the police firing.

U.S. Rep. David Trone, a Maryland Democrat tweeted, “We are actively monitoring the mass shooting in #Smithsburg right now, and our office is in contact with officials on the ground. If you’re local, please stay away from the area as law enforcement responds.”

We are actively monitoring the mass shooting in #Smithsburg right now, and our office is in contact with officials on the ground. If you’re local, please stay away from the area as law enforcement responds.

Smithsburg, the place where the mass shooting took place, falls in a remote area near the Maryland-Pennsylvania border and a few miles from Hagerstown, Maryland. It has a community of nearly 3,000 people.

Who Is Maryland Shooter?

The police have kept the identity and background of the shooter under the warp till now.

This comes just hours after the authorities arrested a 26-year-old man from California after he was found to be plotting to kill a top Supreme Court judge Justice Brett Kavanaugh. The man was identified as Nicholas John Roske.