Hollywood actor Johnny Depp is suing his ex-wife Amber Heard for libel in the US state of Virginia, over an article written by her for the Washington Post in 2018. Among those being grilled by the court are friends, family members and staff who worked with and spent time with the former couple during the six-week hearing. The courtroom drama has garnered global media coverage and day 21 was no different on Tuesday. Tuesday’s hearing brought the attention on one star witness, Dr. Richard Shaw, who’s a psychologist by profession. 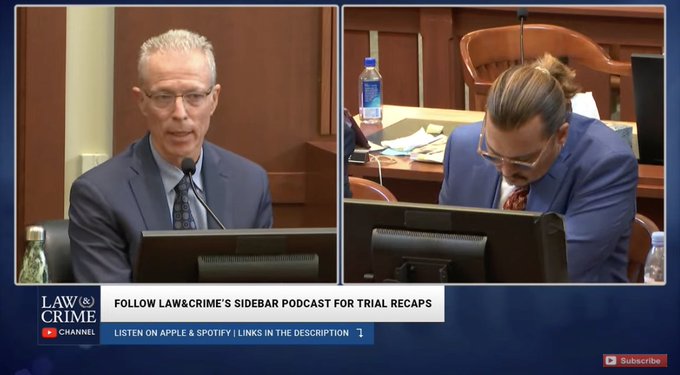 Shaw, who was questioned by Johnny Depp’s team, was asked for his opinion on testimony given by psychiatrist David Spiegel on Monday. Shaw said that he believed Dr. Spiegel violated the Goldwater Rule, which bars psychiatrists from giving a professional opinion about celebrities, who they have not examined in person.

Terming Dr. Spiegel’s opinion unreliable, Dr. Shaw highlighted how the former had said with certainty that Depp had the disorder, but had never carried out any of these tests.

Dr. Richard Shaw is a renowned professor of psychiatry and behavioral sciences (child and adolescent psychiatry) & by courtesy, of pediatrics at Stanford University in the US. He specialises in ‘Child and Adolescent Psychiatry, Forensic Psychiatry, Medically Ill Patients and Psychiatry.’

He’s been on the Editorial Boards of Academic Psychiatry from 2010 to 2019, Child Psychiatry and Human Development from 2005-2014, a Faculty Member, Center for Psychiatry and the Law, Stanford University School of Medicine from 2003 to 2018 and Medical Director, Pediatric Psychosomatic Medicine Service, Lucile Packard Children’s Hospital between 1996 and 2019.

He won the Outstanding Faculty Award, Division of Child and Adolescent Psychiatry, Stanford University School of Medicine in 2020. Dr. Richard Shaw has also won several other awards in the past.

Dr. Shaw has also been published in close to 200 research articles and other key publications.

There are speculations that Johnny Depp himself could give evidence again this week – and supermodel Kate Moss may also be called for the testimony.

Heard and Depp ended their marriage in 2017.