Remember the famous hoax caused by the makers of the Indian Idol show leading to huge speculations of an impending wedding between Neha Kakkar and Aditya Narayan? It seems fans have still not left that episode behind. Testament to this was how they reacted to the news of Aditya announcing the pregnancy of his wife in style. 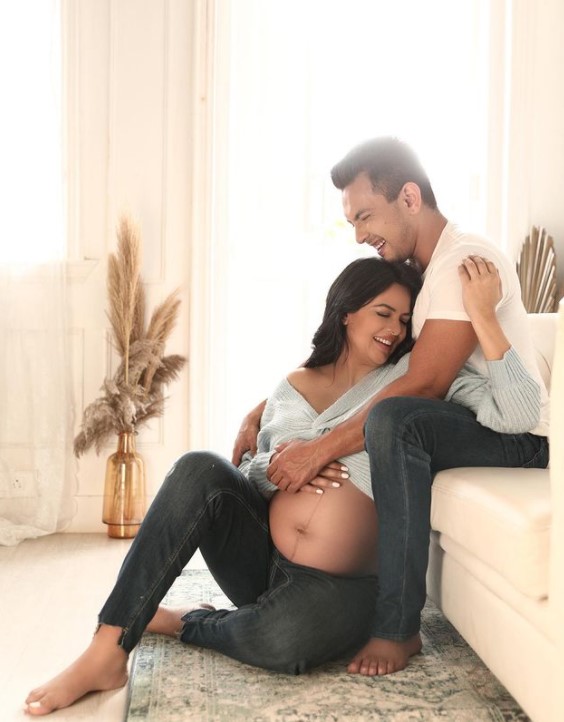 The Indian Idol host Aditya on Monday took to Instagram to announce the pregnancy of his wife Shweta Agarwal. He wrote, “Shweta & I feel grateful & blessed to share that we are welcoming our first child soon ????????????❤️”

As expected, the news of Aditya and Shweta expecting their first child spread with lightning speed with friends of fans sending best wishes to the couple. Also wishing Aditya and Shweta was Neha Kakkar, who has been judging the Sony TV singing reality show for a number of years.

While Aditya didn’t respond to Neha’s message, fans began to give Neha grief by asking her about her plans for a baby. One fan wrote, “When are you sharing the good news Nehu?” “When is your turn?” asked another fan.

Aditya was often seen flirting with Neha on the sets of the Indian Idol until he tied the knots with Shweta. Neha was the first to get married as she stunned everyone by announcing her marriage with Rohanpreet Singh, ex-reality TV contestant and former suitor of Bigg Boss contestant Shehnaaz Gill.

Both Neha and Rohanpreet later also made an appearance on the Indian Idol show as special guests. They also appeared on The Kapil Sharma Show.