Sunrisers Hyderabad’s Umran Malik has emerged as the biggest bowling sensation of the latest edition of the IPL. Demands have grown for the 22-year-old fast bowler from Jammu and Kashmir to be included in the Indian team. Now former West Indies legend Ian Bishop, himself a fast bowler of repute during his playing career, has showered praises on Malik’s raw talent. Also joining Umran Malik’s fan club is former India batsman Sunil Gavaskar. 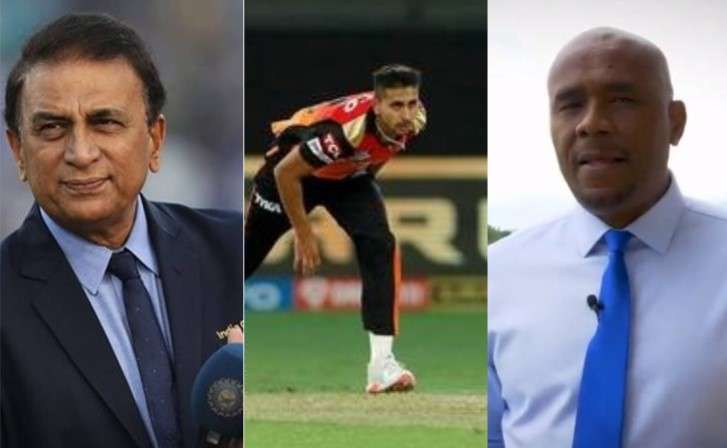 Speaking on Star Sports, Bishop said that he had been ‘excited about this guy since’ he first saw him bowl last year. “Genuine pace, you cannot go to a supermarket and buy that. You can train someone to master line and length but can’t teach someone how to bowl fast,” Bishop said.

According to the Wst Indies bowling legend, what makes Malik’s bowling unplayable is his ability to bowl with hostility, which ‘means even the best of batters will be uncomfortable facing him.’

He said, “He scares you the same way Lockie Ferguson and Jofra Archer do, and Dale Steyn loves him. It’s just fascinating to me what Umran Malik can become. If he stays fit, he’s going to play for India and international cricket. I would also repeat how many Umran Malik’s around this vast nation are yet to be discovered.”

Gavaskar agreed as he predicted Malik to play for India soon. “Umran Malik has been very, very impressive with his speed but more than his speed, it’s his accuracy (that’s impressed). A lot of guys who bowl at that speed tend to spray the ball around but Umran bowls very few wide deliveries,” the Indian batting legend told Star Sports.

Umran Malik took four wickets in his last match against Punjab Kings and nearly picked up a hat-trick in the last over, where he scalped three Punjab Kings batsmen. He also became one of the four bowlers to never concede a single run in the last over in the IPL history.