Supreme Court judge Justice JB Pardiwala, who was a part of the Bench that made scathing observations about Nupur Sharma in the Prophet controversy, has suggested strong regulation of social media platforms after facing offensive personal attacks. 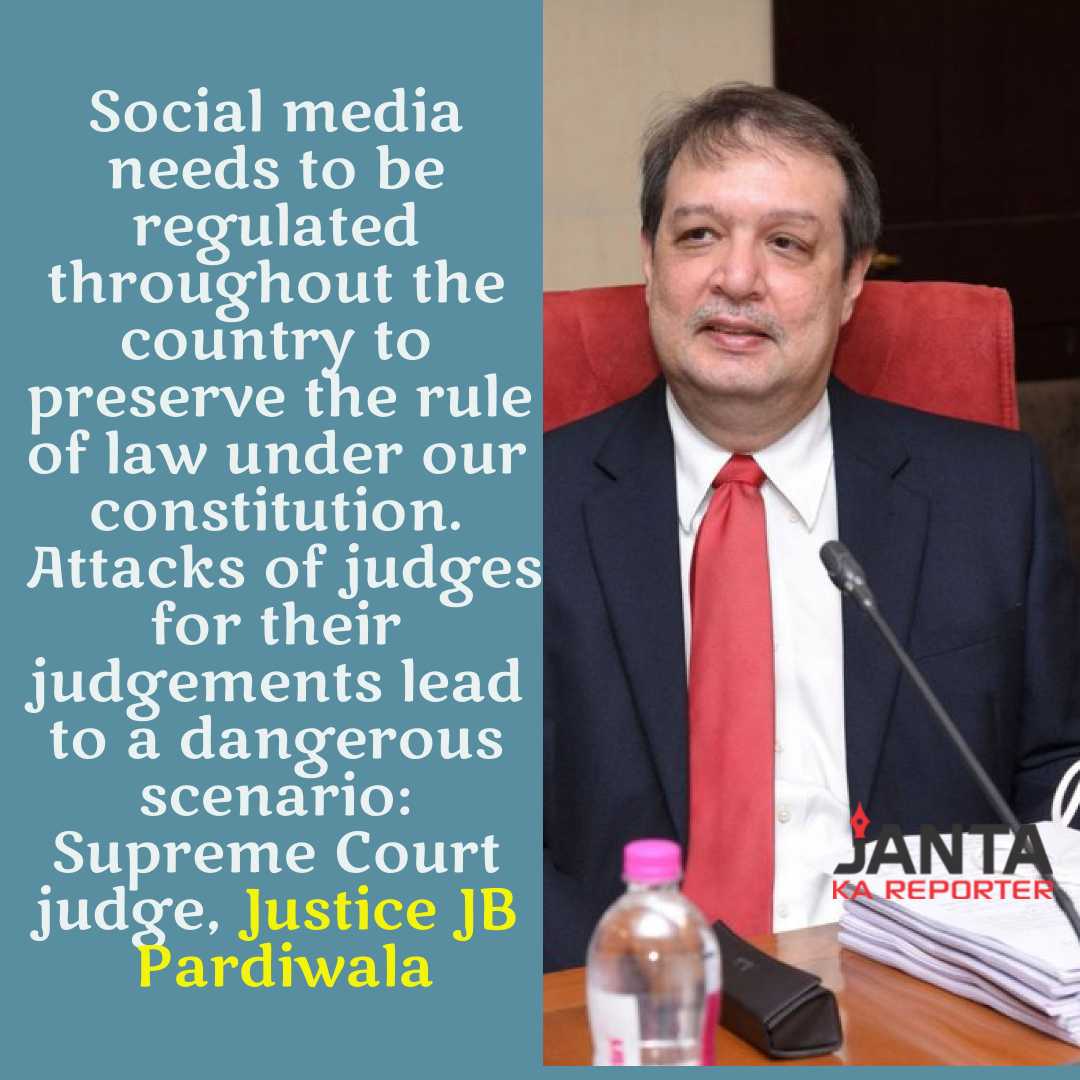 Speaking at an event in Delhi, Justice Pardiwala said that the trend of media trials was becoming increasingly dangerous.

Justice Pardiwala, according to the Bar and Bench website, said, “Attacks of judges for their judgments lead to a dangerous scenario where the judges have to think what the media thinks, rather than what the law actually says. This puts the rule of law on the burner, ignoring the sanctity of respect for the courts. This is where digital and social media needs to be regulated throughout the country to preserve the rule of law under our constitution.”

According to Livelaw, Justice Pardiwala said that personal attacks on judges for their judgments ‘lead to a dangerous scenario where the judges have to think about what the media thinks instead of what the law really thinks.’ “This harms the rule of law,” he added.

Hearing a petition from Nupur Sharma last week, a Supreme Court Bench of Justices Surya Kant and JB Pardiwala had made scathing observations. The top court had come down heavily on the suspended BJP spokesperson and Times Now anchor Navika Kumar over the Prophet controversy. The Bench had slammed Sharma for vitiating the communal harmony in the country because of her ‘loose tongue.’

The Supreme Court had said, “She should have gone to the TV and apologized to the nation…She was too late to withdraw…and too she withdraws conditionally, saying if sentiments hurt.”

The Hindutva brigade had reacted angrily to the comments made by the two judges. Fake news website, OpIndia, had accused the Supreme Court of speaking like ‘Islamists.’ Hindutva supporters had also likened the top court to houses of prostitutes by trending ‘Supreme Cotha’ in Hindi.

Trinamool Congress leader Saket Gokhale has written to the Attorney General of India seeking his approval to initiate a contempt proceeding against the website and its editor.

Justice Pardiwala also said that the verdicts by the top court could not be the reflection of the public opinion prevalent in the society.

Who Is Talib Hussain Shah, Terrorist Arrested From Jammu? What’s The BJP Link?