Bollywood’s item girl Rakhi Sawant has launched an abusive rant against Cobrapost reporters, who caught her on camera agreeing to use her social media account in favour of the BJP for a fee. 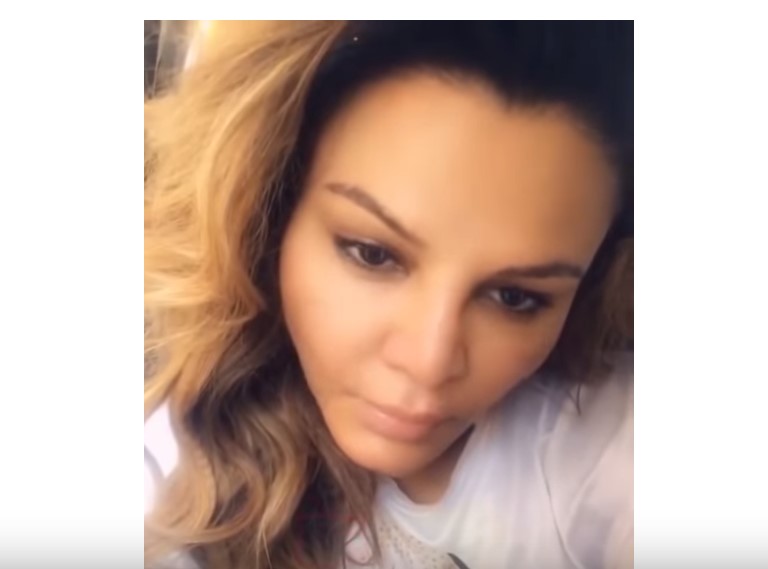 In a short video clip, posted on YouTube, Sawant said, “I am told that I have featured on Cobrapost string video. So, listen to me you sister f***ers, mother f***ers. If I want to support a political leader, I will support him. If you have guts (uses expletives), then bring the evidence to me. Bring me proof. Do not ever link me to anyone, I will stuff bamboo in your ar*se. Do you get it?” sic.

Sawant then went on to say that she never supported any political party. She said, “I do not support any party. Neither have I received any money into my account. I don’t sell my country like you. I am not a traitor. I am white collared person, I work hard, I dance and I sing. I dance and sing day and night and do comedy. I earn my livelihood and run my family. I don’t beg. I don’t accept money from any politicians to speak lies.”

The controversial celebrity, however, admitted that she charged a fee to attend a political rally. “I admit that some time I am called to attend rallies. Then I decide if I should attend those rallies. When someone call me for a rally, then I do have my fee for that appearance,” Sawant said.

She also did not forget to invoke the nationalism card as she described herself as a patriot. She said, “I don’t sell the country or get jawans killed like you guys. I never support a political party, who goes against me or my country. I am a true patriot and will sacrifice my life for my country. So, don’t ever take my name.”

In the concluding part of her video, Sawant said the future belonged to the Congress and she wanted people to vote for that party instead of Narendra Modi or the BJP. She said, “If you think I agreed to take money to support Modi, then I am extending my support to the Congress. I want people to vote for the Congress because they are the people who occupy the prime minister’s post in time to come. If I had accepted money, then I would have supported Modi.”

Her latest video did not appear to go down well with social media users. The comment section in her YouTube video was inundated with expletives for her with users calling her names and reminding her of how she had been exposed in the Cobrapost video. One user wrote, “Don’t lie bit*h, we’ve seen you in the Cobrapost video.” Another user told her, “You want proof? Go to YouTube, search Cobrapost, then you will get proof.” “Our madam has been exposed,” commented another user.

Not only had Sawant agreed to use her social media accounts to support the BJP for a fee, but she had also sent a sample video to the Cobrapost team. The sample video showed her extending her support to the Uttar Pradesh Chief Minister Yogi Adityanath.

This is what she has said in a video message: