There’s very little doubt that Arnab Goswami has been acting as the biggest sympathiser for the BJP in the Indian media. Not only did he launch his channel Republic TV with the help of BJP’s Rajya Sabha MP Rajeev Chandrasekhar, he allegedly allowed his channel to be used as a propaganda tool for the saffron party.  On Tuesday, Goswami plunged into a state of hysteria after a panelist questioned his channel’s exit poll forecast giving BJP-led NDA more than 300 seats. In his anger, he began singling out Congress President Rahul Gandhi and his sister Priyanka Gandhi Vadra for his insulting jibes as he said that the two had been thrown into a dustbin! 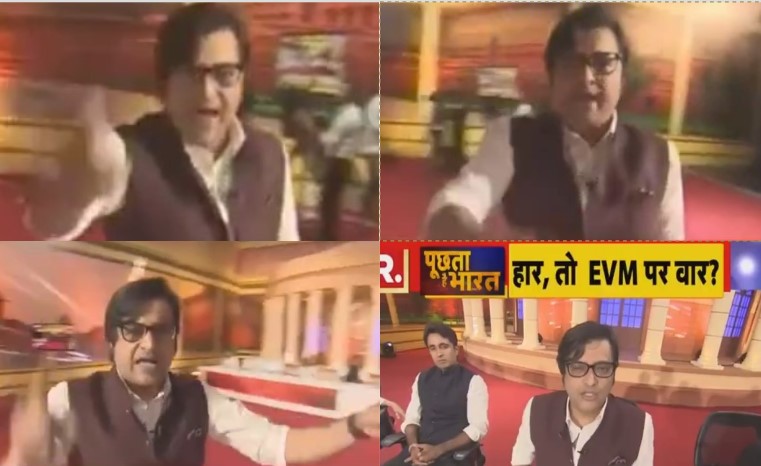 His antics evoked angry reactions with many accusing him of suffering from an illness. Others asked him to seek a medical treatment.

The counting for this year’s Lok Sabha polls will be held on 23 May.