Virat Kohli and Anuj Rawat added 80 runs for the second wicket to script a comfortable victory for Royal Challengers Bangalore against Mumbai Indians. Mukesh Ambani-owned team suffered another humiliating defeat, the fourth in a row, in the ongoing IPL competition. 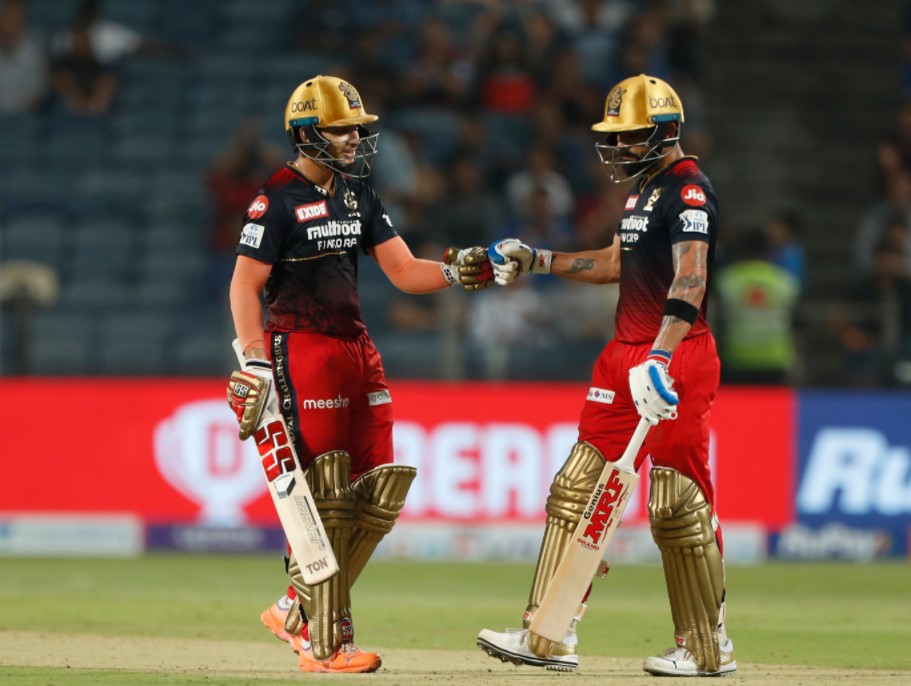 Mumbai Indians, the five-time champions, have yet to win a single match in the ongoing edition of the IPL.

Batting first, Mumbai Indians could only make 151-6 in 20 overs. This was a huge recovery from the batting collapse that saw Mumbai Indians being reduced to 62-5. It took a blistering knock by Suryakumar Yadav for Mumbai Indians to take the score past the 150 mark. Yadav was out for 68 from 37 balls with his knock including six sixes.

Bangalore’s run chase was smooth as they handled the Mumbai bowlers with care even while punishing the poor deliveries. After skipper Faf Du Plessis was out cheaply for 16, Kohli and his Delhi teammate Rawat took it upon themselves to script the victory for the team. Rawat was dismissed for 66 from 47 balls, while Kohli was unlucky to be adjudged LBW at 48. The former India skipper was furious at the third umpire’s decision since the video replay remained inconclusive.

Earlier, four-time champions Chennai Super Kings too suffered their fourth-straight defeat after they were beaten by Sunrisers Hyderabad.