Janta Ka Reporter 2.0
Home Entertainment “Virat can walk away with head held high. Unlike the “Prince of...

BCCI President Sourav Ganguly was once one of the most respected cricketers in India. However, the former India captain is fast realising just how rapidly he’s become one of the most hated figures in Indian cricket. Ganguly on Saturday faced considerable criticism with an overwhelming majority of fans blaming him and BCCI Secretary Jay Shah for forcing Virat Kohli to step down as the Test captain of India. 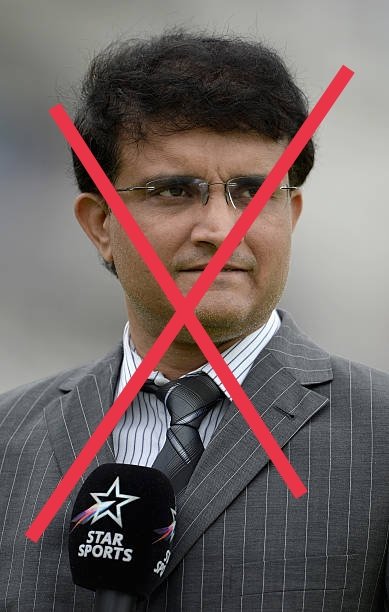 Reacting to Kohli’s announcement, Ganguly wrore, “Under Virats leadership Indian cricket has made rapid strides in all formats of the game ..his decision is a personal one and bcci respects it immensely ..he will be an important member to take this team to newer heights in the future.A great player.well done.”

But there were not many takers for his words for Kohli, who’s been the most successful captain in the history of Indian cricket.

Cricket journalist Prem Panicker was scathing in his observation as he wrote, “Oh well, what the hell. Virat built and led the best Test team India has ever had. And can walk away with head held high. Unlike the “Prince of Kolkata” and the crown prince of India.”

Panicker also raised questions on the continuance of Ganguly and Shah in their roles as the BCCI President and Secretary respectively. He wrote, “I don’t know why, but the minute I heard this news, the first thing to occur to me was: January 22. On that day, the SC is scheduled to hear — unless it gets postponed again, which is SOP in this case — a petition relating to the continuance in office of Ganguly and Jay Shah.”

He added, “Their tenures ended in June 2020. Here we are in January 2022, and the two are in occupation of their seats, in violation of the BCCI’s own constitutional provisions. “Limpet” was a word in currency, once, in Indian politics — but we hadn’t seen nothing yet, then.”

I don’t know why, but the minute I heard this news, the first thing to occur to me was: January 22.

On that day, the SC is scheduled to hear — unless it gets postponed again, which is SOP in this case — a petition relating to the continuance in office of Ganguly and Jay Shah + https://t.co/bOigQ4rMtF

Jay Shah is the son of powerful BJP leader and India’s home minister, Amit Shah. Shah’s appointment as the BCCI secretary had come under sharp scrutiny with many questioning his credentials for this important role.

Cricket fans and pundits appear to be unanimous in their views on Ganguly having reduced himself to a mere puppet in the BCCI under the influence of the BJP leader Amit Shah, whose son is effectively running the cricket board.

Dada was best as captain.
Worst as admin.

Dada ganguly and dravid will take Indian cricket 10 years back.

A mediocre player and even more mediocre administrator. Moving Indian cricket back to the gloomy days of clans, intrigue and regular innings defeats.

Slow applause, Mr Ganguly. You are certainly not my dada https://t.co/XrvVbRTWbd

A King defeated by his enemies can rise again. But one who is defeated by his own people? He’s finished… forever.
Thank You.
India’s Greatest Test Captain
#ViratKohli #Breaking #Shocking pic.twitter.com/T2H3TzXaiJ

Even Kohli’s actor wife Anushka Sharma had hinted that the decision to step down from the Test captaincy role may not have been related to factors on the field. Anushka had written in an emotional note, “In 2014 we were so young & naive. Thinking that just good intentions, positive drive & motives can take you ahead in life. They definitely do but, not without challenges. A lot of these challenges that you faced were not always on the field. But then, this is life right?”