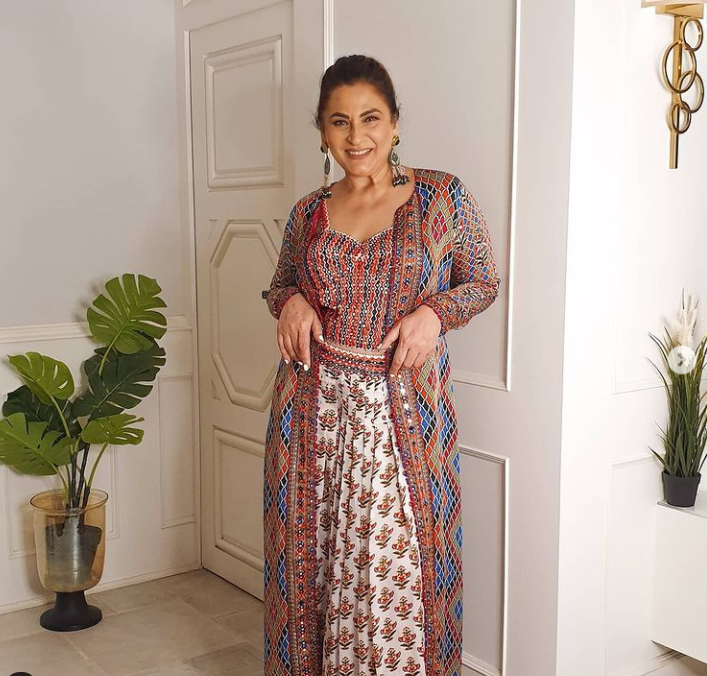 Archana wrote in her caption, “April 1st is named April fools day, after Charles april (sic).” The veteran Bollywood actor continued, “He did 56 business in his life time. He lost all his father’s properties and was tricked easily, so people started calling him ‘Father of fools.’ He married a 22-year-old woman, who divorced him after a year because of his foolishness.” 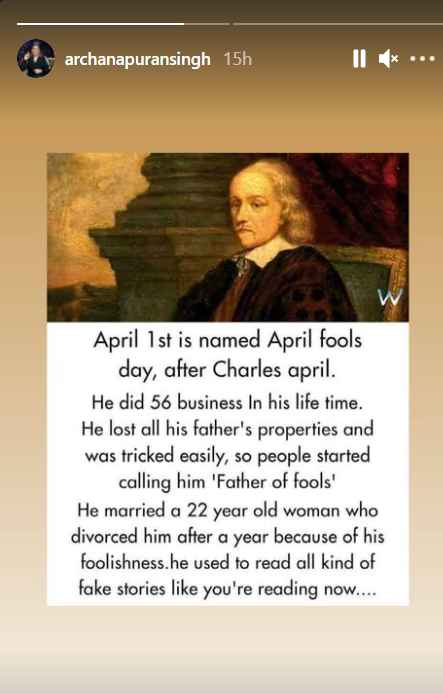 Archana’s last sentence revealed how she had just played a prank on her followers as she wrote, “He used to read all kind of fake stories like you’re reading now…”

Archana is currently taking a break from The Kapil Sharma Show, which went off the air earlier this year since Kapil Sharma wanted to focus on the birth of his second child. The comedy show judge had recently shared a video montage of her first trip to a beauty parlour since the COVID-19 pandemic affected everyone in the country last year.

She wrote, “BEHIND THE SCENES HAIRCUT. First salon visit since 2019!

Archana has become one of the most liked celebrities on Instagram since she started to share home videos on the Facebook-owned platform during the nationwide lockdown last year. She now has in excess of 1 million followers on Instagram. Her Instagram videos have often made her a target of incessant jokes by Kapil Sharma and his co-stars.