Twitterati erupted in anger against Bigg Boss contestant Mahira Sharma for showing her shoe to Siddharth Shukla as #WeSupportSidharthShukla trended on the microblogging site. This was after the Colors TV reality show ran a promo showing that Siddharth had been eliminated for violence against Mahira. 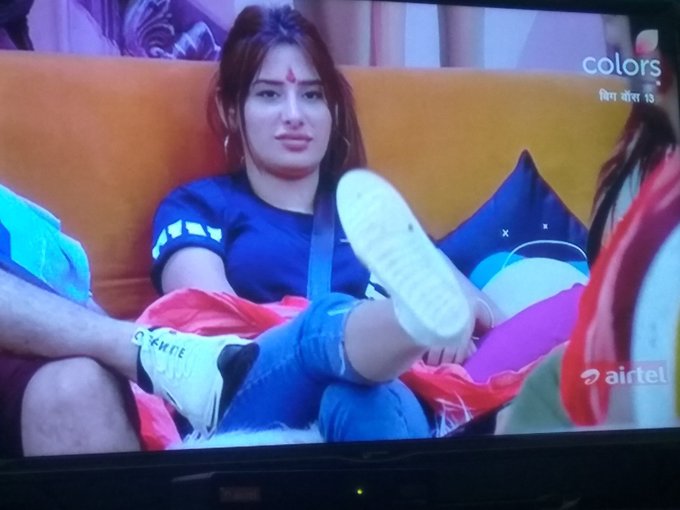 Although the makers of Bigg Boss on Tuesday night deferred the broadcast of Siddharth’s much-talked-about elimination from the show, his fans have been running a concerted campaign against the reality show for not acting against Mahira for constantly provoking the popular TV actor. Siddharth’s fans, who first threatened to stop watching the reality show if their favourite contestant was indeed evicted, trended hashtag  #WeSupportSidharthShukla.

Many of Siddharth’s fans were seen asking for the eviction of Mahira and her friend Paras Chhabra from the show.

I did not saw a single tweet against #Mahira who showed her shoes to #SidharthShukla in last episode.

So true… #MahiraKaun was giggling & laughing at #SidharthShukla during nomination task, and during breakfast too when Arhan-Paras were arguing with Sid & Asim.

Mahira instigates Sid on purpose and then play the victim card.. She is so annoying ? #WeSupportSidharthShukla https://t.co/qN8p4lxreO

We want Shiddharth and Asim in the Finale. Throw Paras and Mahira out of BB13. #WeSupportSidharthShukla

Congrates #SidharthShukla and #Asim fans, they have won the task

It is a slap on the faces of #Paras and team who were saying that girls are weak#WeSupportSidharthShukla @OfficialSidFC @sidharth_shukla https://t.co/2AavY1LS9j