The Rashtriya Janata Dal on Monday slammed a TV channel for wrongly blaming one of its legislators, Yaduwanch Kumar Yadav, after a video of few men obscenely dancing with a Manipur girl went viral on social. Reacting to a news item by TV9 Bharatvarsh, the RJD asked if it was prepared to face a defamation case by the channel. 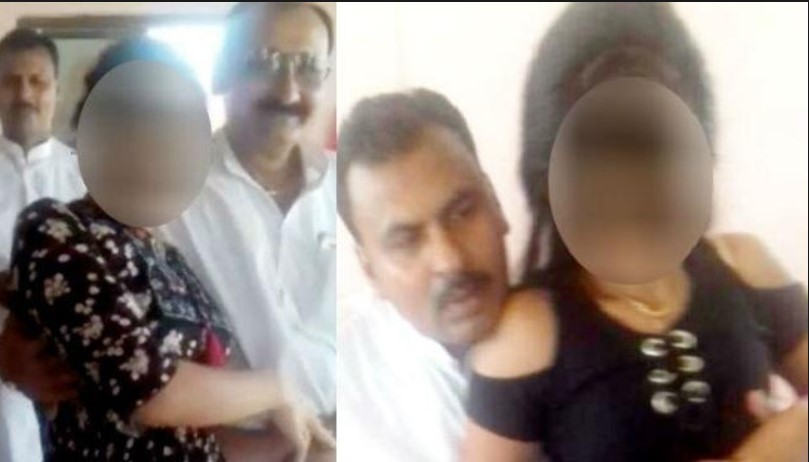 In the viral video, shared by Imphal Times, a group of men could seen dancing obscenely with a girl, who was believed to be a teenager. Dacing to a loud music, one man in the video could be seen grabbing hold of the girl before trying to hug her. Little later in the video, the girl be seen drinking from what appeared to be a beer can.

The tweet by TV9 Bharatvarsh said, “#RJD MLA Yaduvansh Yadav was having a good time with girls in Manipur, video became viral.” 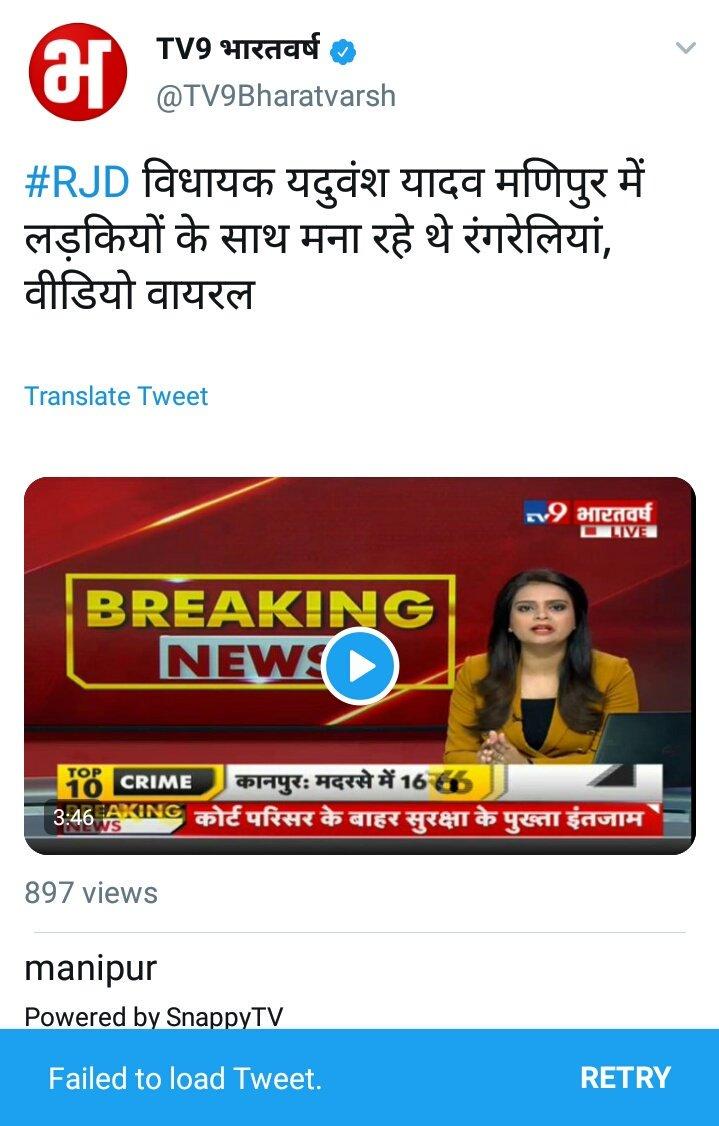 The RJD reacted angrily as it said while tagging one of the channel’s editors, “Quit this following the herd journalism. The man seen in the video is not an RJD MLA. Yaduvansh is an elderly MLA. Ajit Anjum (TV9 editor) get it investigated. What kind of journalism is to defame someone without verifying facts? What if the MLA files a defamation case against the channel?”

Yaduvansh Yadav too was quoted by NDTV as saying, “We are not present in the video, neither I nor the committee members who had gone with me. Some other man’s face has been shown and the video has been made public,” he said, threatening to sue those who had named him.”

The report by Imphal Times said that Bihar’s elected representatives from the BJP, the JDU and the RJD were in Manipur on s study tour on 1 June. Members of the Committee on Internal Resource and Central Assistance of the Bihar Legislative Assembly headed by Yaduvansh Yadav, the report added, also visited the Manipur Legislative Assembly last week as a part of study tour. Other members accompanying the team were believed to be BJP MLA Sachin Prasad Singh, who represents Kalyanpur (East Champaran) assembly constituency, JDU MLA Raj Kumar Rai, who represents Hasanpur (Samastipur) and RJD MLA Shivachandra Ram, who represents from Raja Pakar (SC) (Vaishali).

The team had visited Manipur to study the progress made under the Narendra Modi government’s Act East Policy. The viral video was reportedly shot in Moreh Town.