Jharkhand’s IAS officer Pooja Singhal has found herself in a spot of bother after the Enforcement Directorate recovered Rs. 19 crore cash from a chartered accountant associated with her. This was during the ED raids on multiple locations linked to Singhal and her businessman husband in four states namely Jharkhand, Bihar, West Bengal and Punjab. In the latest development, the ED has summoned Singhal for another round of grilling today (Wednesday). 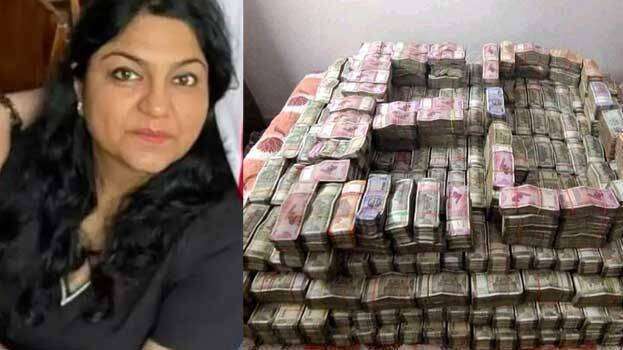 The financial probe agency, according to news agency ANI, has summoned the Jharkhand mining secretary for questioning today in Ranchi in connection with a money-laundering probe linked to alleged embezzlement of MGNREGA funds and other charges.

Singhal was reportedly quizzed for nine hours on Tuesday. The ED is also busy scanning all properties owned by Singhal directly or indirectly. The government agency has also arrested Singhal’s family CA, Suman Kumar, and seized his car since the payment made for the vehicle was believed to be suspicious in nature.

The ED has also questioned Singhal’s husband Abhishek Jha and recorded his statement in connection with a money laundering case.

As reported by Janta Ka Reporter earlier, Pooja is a 2000-batch IAS officer and has served in both Congress and BJP governments. In her 22 years of service, Pooja has held several important posts including Deputy Commissioners of districts such as Palamu, Kunti and Chatra before she was promoted to secretary-level posts.