A TikTok video by a group of nurses at a hospital in Odisha’s Malkangiri has gone viral on social media, causing unending embarrassment to the state’s BJD government. 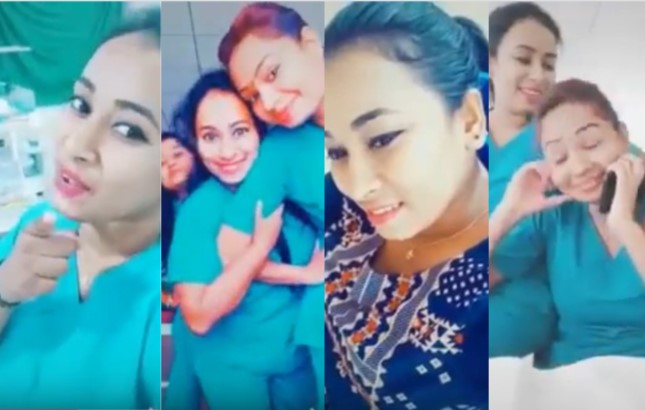 Faced with condemnation, the state government has now decided to act. Odisha Health Minisiter Nabakishore Das was quoted by news agency ANI, “I have asked for a report from the dept, asking them the fact. They will investigate the matter. After I get a report from the dept I’ll take appropriate action as per law.”

Commenting on the viral act of nurses who had recorded a series of videos from inside the SNCU of the district hospital, Chief District Medical Officer Ajit Kumar Mohanty said that he had already probed the matter and informed concerned officers including the District Collector. I probed&informed officers including the Collector. “They (nurses) will be given show-cause notice& 24-48 hrs to give a reply over this. Dept will take action against them,” Mohanty was quoted by ANI.

In the video, nurses are seen playing with a new-born baby with a popular Hindi song playing in the background. Some nurses are acting to film dialogues or jokes.

ADMO and the hospital’s Officer In-charge Tapan Kumar Dinda told Odisha TV that an enquiry was being carried out and the probe report will be submitted to the superior authorities for necessary action.

Dinda said, “After coming to know about the incident, I have initiated a probe into the matter and accordingly I will submit the report to the CDMO for necessary action.”