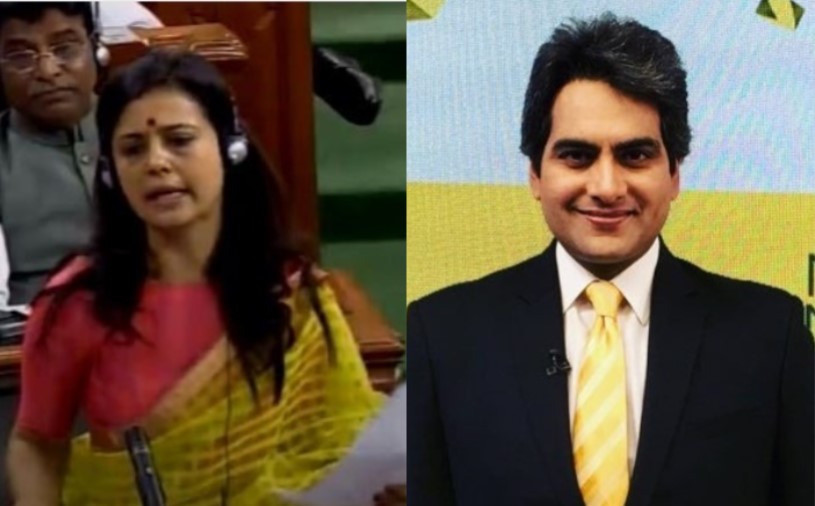 “I have submitted a breach of privilege motion today against Zee TV and its editor Sudhir Chaudhary for falsely reporting my maiden address in this House.” Speaker Om Birla disallowed it,” Moitra was quoted by news agency ANI.

Moitra had last week become a hero of sorts after she made her maiden speech in parliament highlighting the early signs of fascism. Netizens had hailed her for her brilliant speech.

But days later, the usual suspects in the right-wing media, began to target her accusing the newly-elected TMC MP of plagiarising the content of her speech from an article published on an American website. Leading the charge was Zee News editor, Sudhir Chaudhary, who took to Twitter to make stunning allegations against Moitra.

He wrote, “This is the same article, which Trinamool MP Mohua Moitra stole to use it in her speech in the Lok Sabha. She lifted words from the article and used them. The reputation of parliament is in danger.”

His subsequent tweet read, “Is it ok to use stolen content to deliver an agenda-driven speech in parliament?”

The article that Chaudhary had referred to make his plagiarism charge against Moitra was written by Martin Longman, who had written the piece in the context of Donald Trump’s rise to power in the US. His article had appeared on Washington Monthly website. Amidst growing controversy over Moitra’s speech, Longman took to Twitter to clarify that the TMC MP had not plagiarised his article. He wrote, ‘I’m internet famous in India because a politician is being falsely accused of plagiarizing me. It’s kind of funny, but right-wing assholes seem to be similar in every country.”

I’m internet famous in India because a politician is being falsely accused of plagiarizing me. It’s kind of funny, but right-wing assholes seem to be similar in every country.

Longman was later trolled incessantly by right-wing supporters in India.