IAS topper Tina Dabi has issued a special message to the people in Maharashtra as she shared another photo with her to-be husband, Dr. Pradeep Gawande. Tina had announced on Monday about getting engaged with Pradeep, an IAS officer 13 years older than her. 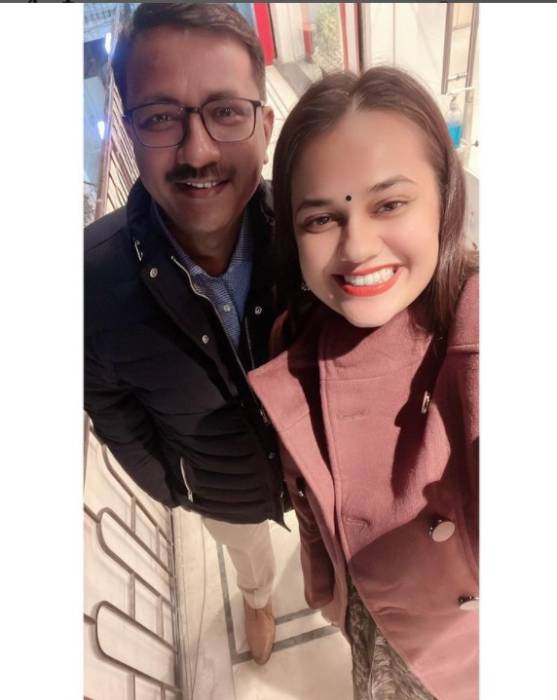 The news of Tina’s planned second marriage months after she separated from Athar Aamir Khan through a mutual divorce, had set the internet on fire.

Sharing another adorable photo of her with to-be husband Pradeep, Tina wrote on Instagram, “Would like to thank everyone for all the wishes we have received today on calls, messages and social media. ???????? The amount of love and warmth we received in the last 24 hours has been overwhelming, especially from Maharashtra. Really grateful ???????? Best regards ????.”

Tina’s second husband hails from Maharashtra. While Tina had become an IAS officer in 2016, Pradeep cleared the UPSC exams in 2013. Both are posted in Jaipur and currently with the Rajasthan government.

Tina and Pradeep had disabled the comments section from their respective posts earlier after facing brutal trolling from a section of unruly social media users. However, users were allowed to post comments on Tina’s latest Instagram post.

One fan wrote, “That was savage mam…… You are also inspiring….i wish you the best for your life????.”

Another wrote, “True ias officer….. Breaking stereotypes.. Proud to have such officer’s…… I would like to write M. Gandhi line… BE THE CHANGE THAT YOU WANT TO SEE IN THIS WORLD…. once again true women being women…… Go wonder Woman….. Congratulations both of you.”

“Radha rani bless you stay together always,” wrote another fan.

Tina was earlier married to fellow IAS topper Athar Aamir Khan from Jammu and Kashmir. Their love life and the subsequent wedding had drawn a huge media spotlight. Several top politicians including India’s Vice President Venkaiah Naidu had attended the wedding reception organised by Tina and Athar in Delhi.

However, both decided to split in 2020 and filed for divorce with a Jaipur family court, which approved their divorce in August last year.