Tina Ambani has penned a heartfelt note for Mukesh Ambani, the elder brother of her husband Anil Ambani, while wishing him on his birthday. However, Tina was soon reminded by one of her fans that she forgot to acknowledge the role of a husband that India’s richest businessman has also been playing so effectively for so many years. This came just weeks after Tina left a cute message for Shloka Mehta on her birthday. 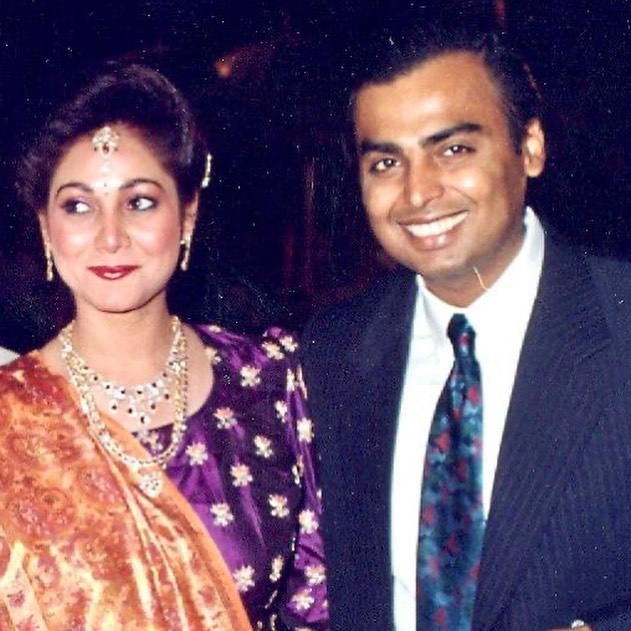 Taking to Instagram, Tina wrote, “Happy birthday to a loving son, brother and brother-in-law, adoring father and grandfather! Wishing you happiness and health always.” Tina also shared two unseen photos of herself with Anil Ambani and Mukesh Ambani from yesteryears.

But no sooner had she finished posting her adorable message for Mukesh Ambani, one fan wrote, “You forgot he is also an amazing Husband.. someone the whole of India would wish for as a husband.”

Not too long ago, Tina had wished Shloka Mehta, who’s the wife Mukesh Ambani’s eldest son Akash Ambani, on her birthday. “May your circle of love grow stronger, the bonds of togetherness deepen and each day bring new joys and discoveries,” Tina had written.

Mukesh Ambani and Nita Ambani became grandparents last year for the first time when Shloka gave birth to her son Prithvi Akash Ambani. Last month, Tina had wished Mukesh and Nita Ambani on their wedding anniversary by writing how both of them complimented and completed each other to ‘perfection. She had written, “Cheers to a couple who complement and complete each other to perfection! While you enjoy this wonderful new chapter of grandparenting, here’s wishing you a lifetime of health, happiness and togetherness. Happy anniversary Nita and Mukesh.”