Former US tennis player John McEnroe on Tuesday night left millions of tennis fans enraged with seemingly biased commentary against Rafael Nadal during the Spaniard’s quarter-final clash against Novak Djokovic. McEnroe, who won seven Grand Slam titles during his career, made no pretension in his biases for Djokovic. The former US player was called the hater of Nadal as he kept looking for excuses to criticise the 21-time Grand Slam winner. 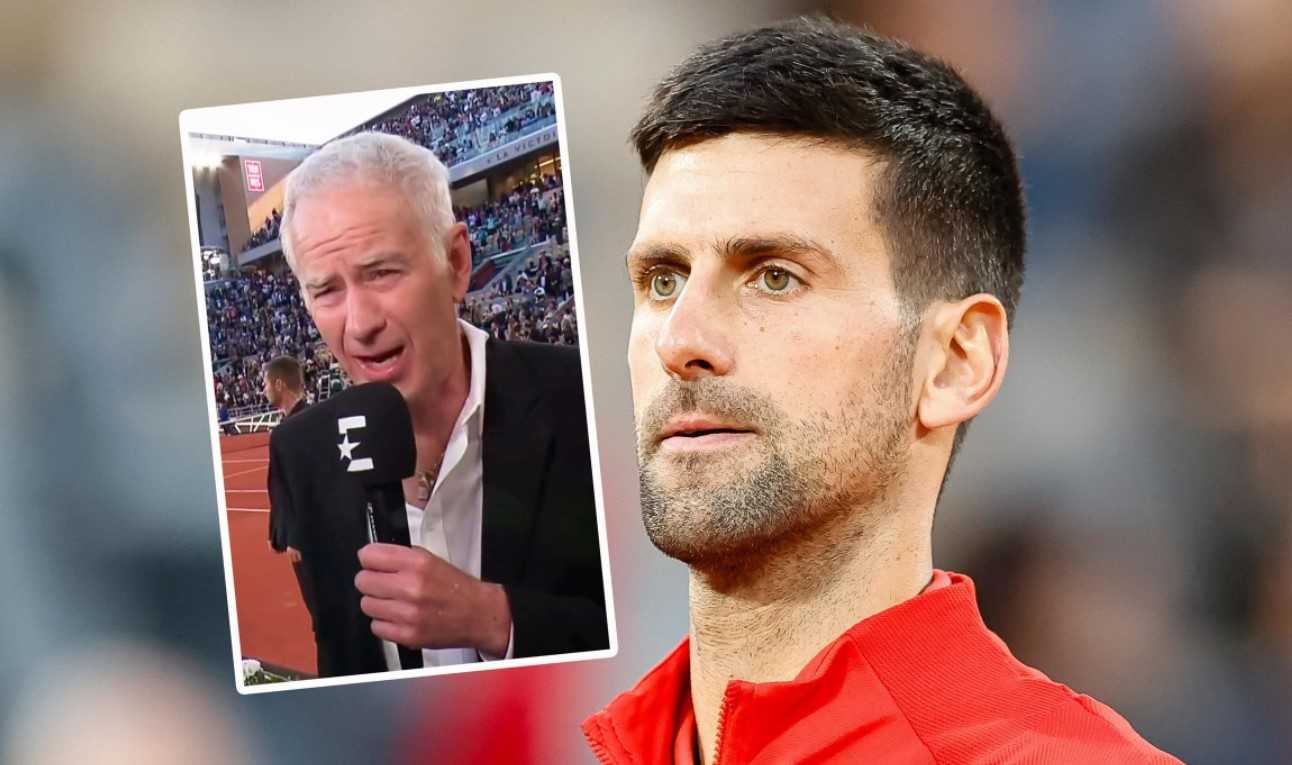 McEnroe’s shenanigans included calling Nadal’s winner as ‘much-needed’ but a similar shot by Djokovic was declared as epoch-making by the controversial former US player. McEnroe then spent a long time complaining about the ‘delay’ caused by the greatest-ever tennis player in the world.

McEnroe sarcastically said that the time-delaying penalty should be scrapped if this wasn’t being enforced to penalise Nadal.

Also Read: In his first reaction since being deported from Australia, Novak Djokovic showers praise on rival Rafael Nadal

As expected, the former US player, whose career success is nowhere close to Nadal, began to face roasting from tennis fans as they began to express their disgust for the American’s cringeworthy commentary.

For Rafa-hater @JohnMcEnroe, every winner by Spaniard is ‘much-needed’ shot but a similar winner by Djokovic makes Serb the ‘greatest-ever’ player. When did this former tennis player become so idiotic and senile? #RolandGarros

John McEnroe from talking must be one of the most annoying people of the planet! #FrenchOpen2022

Wish John McEnroe would shut up about the serve time. In a game of this intensity, high impact & quality, nobody cares #FrenchOpen

Can someone shut John McEnroe up? He’s highly irritating this evening #RolandGarros

Hey @eurosport are you paying John McEnroe by the word tonight?

Angry netizens also mocked the host broadcaster, Euro Sport, for paying McEnroe to be annoying with his biases.

What was extraordinary about McEnroe’s brazen biases against Nadal was that the American had loss of voice even when Nadal swept through the first set, winning it 6-2 and led 3-0 in the second set. But the American regained his voice only when Djokovic broke Nadal back twice to level the score 3-3. This prompted McEnroe to declare that Djokovic was set to win the match now.

McEnroe was also pained when fans booed Djokovic at the start of the quarter-final clash. The American said that this was lack of respect for the Serb.