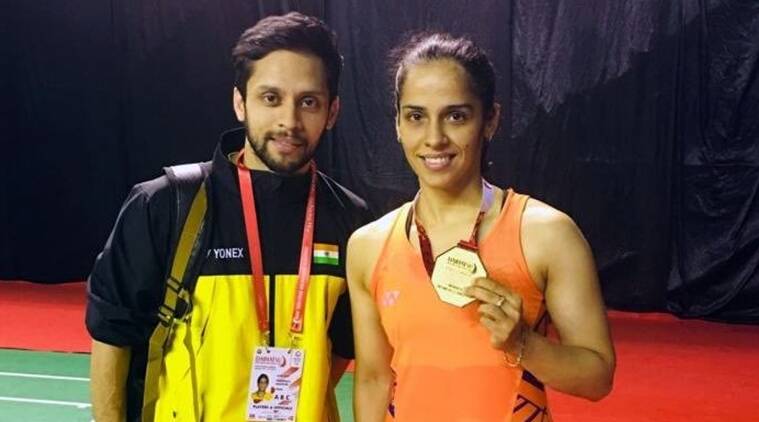 Parupalli tweeted, “This is upsetting for us … express ur opinion but choose better words man . I guess u thought it was cool to say it this way.” Tagging Siddharth, Saina’s husband used hashtags #notcool and #disgraceful.

This is upsetting for us … express ur opinion but choose better words man . I guess u thought it was cool to say it this way . #notcool #disgraceful @Actor_Siddharth

Eslewhere, Saina’s father Harvir Singh Nehwal demanded apology from Siddharth. “Whatever he (actor Siddharth) said is very wrong. He used very wrong words against Saina (Nehwal). We condemn his statement. He should apologize for it, no matter if he made these remarks intentionally or unintentionally,” he was quoted by ANI as saying.

The controversy gained momentum after Siddharth mocked Saina for wrongly claiming that Prime Minister Narendra Modi was attacked during his trip to Punjab recently. In reality, Modi’s convoy was stuck on a flyover due to a protest staged by farmers in Bhatinda.

Reacting to Saina’s tweet, Siddharth had written, “Subtle cock champion of the world… Thank God we have protectors of India. Shame on you #Rihanna.”

However, in his subsequent tweet, Siddharth had clarified, ” “COCK & BULL” That’s the reference. Reading otherwise is unfair and leading! Nothing disrespectful was intended, said or insinuated. Period.”

The National Commission for Women has asked the police in Maharashtra and Tamil Nadu to act against the actor. NCW chief Rekha Sharma has also asked Twitter to ban Siddharth’s account.

Modi was forced to return to Delhi last week after his convoy was stuck at a flyover in Punjab while he was on his way to Ferozepur to attend a rally. Modi and his supporters had alleged a security breach at the behest of the Congress-led government. But Punjab Chief Minister Charanjit Singh Channi had said that the real reason for Modi’s return to Delhi was the fear of addressing an empty ground in Ferozepur.