Varun Chakravarthy, the hero of Kolkata Knight Riders’ victory against Delhi Capitals on Saturday, has said that Delhi Capitals skipper Shreyas Iyer’s wicket was the one that he enjoyed the most. Speaking after the match, he said, “This is also surreal because last few games I did not get wickets. I wanted to get one or two wickets, I got five.” 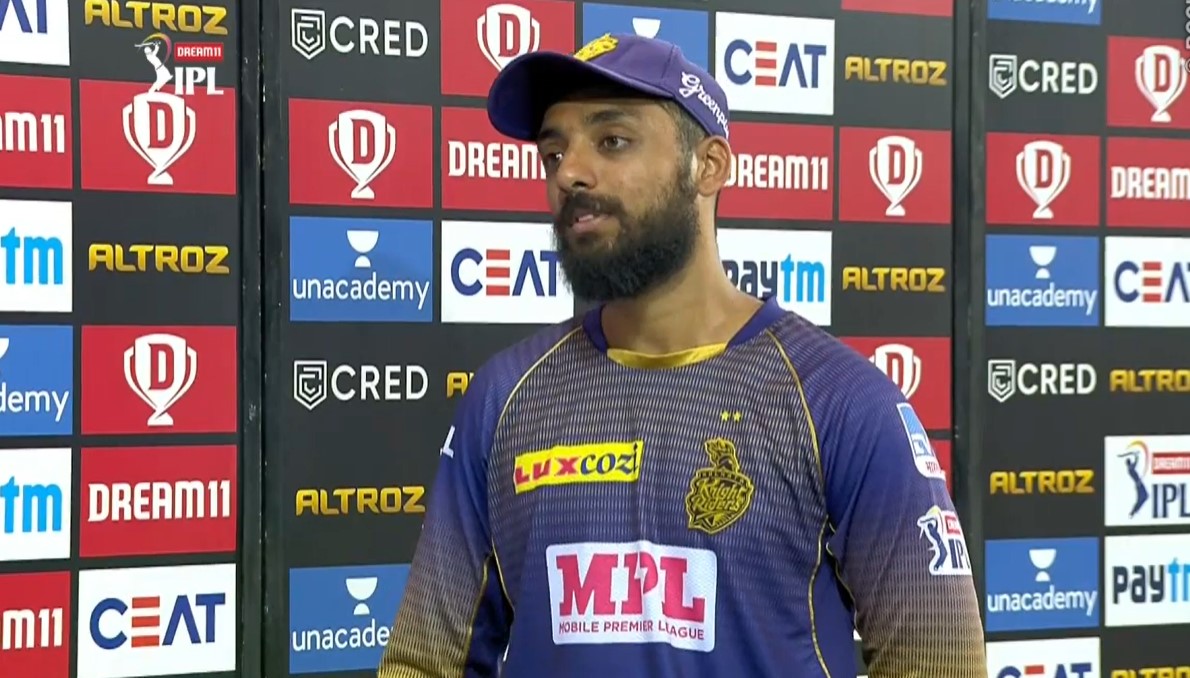 The mystery spinner said that he was asked to bowl from the ‘shorter end’ on Saturday so he had to be spot on with his attack on the stumps. He also thanked his parents for the support as he said, “Can I just thank my mother Hema Malini, father Vinod Chakravarthy, my fiancee Neha and all the team physios especially DK bhai and Abhishek Nair for their support.”

Varun, an architect by profession, has had an amazing career as a cricketer in the last couple of years. He was playing in the fourth division of the Tamil Nadu Premier League only two years ago. The last two years, however, saw the spinner catching the attention of the Indian cricket board officials and the owners of IPL, securing his elevation to the biggest T20 league of the world.

Speaking about his journey and hardships, Chakravarthy said, “I pretty much started my spin bowling in 2018. That’s when I got my breakthrough in TNPL. It’s been both high and low because I didn’t get much chance last year. I injured myself.”

The star cricketer revealed that it was around 2015 when he decided to change his career following his inability to earn his livelihood as an architect. He said, “I was doing freelancing and I was not able to meet my needs. So, I thought I will do something different. And that’s how I turned to cricket.”

The Tamil Nadu Cricket Board selectors had spotted Chakravarthy’s talent in the TNPL in 2018 and selected him in the state team for Vijay Hazare Trophy. In 2019, there was frantic bidding for him amongst the IPL owners and Kings XI Punjab bought him for Rs 8.4 crore. In 2020, Kolkata Knight Riders bought him for Rs. 4 crore against his base price of Rs. 30 lakh.