Bollywood heartthrob Kartik Aaryan on Sunday night bared his heart by talking about his mother’s breast cancer for the first time. His gutwrenching story left the judges and the audience of the singing reality show Indian Idol in tears. Kartik himself was inconsolable as he struggled to narrate his story. Such was the pain that he couldn’t complete his story, prompting co-star Ananya Panday to console him. 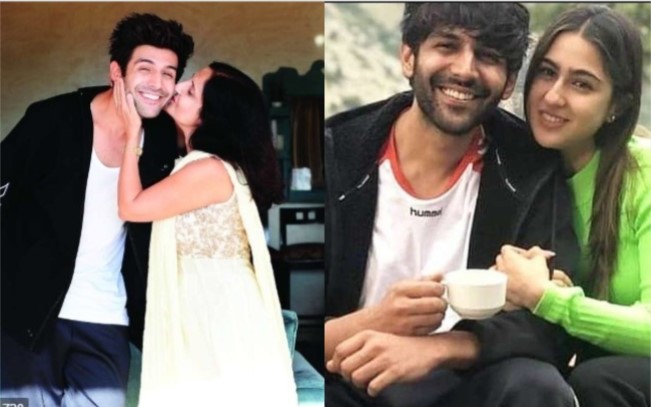 Sunday night’s episode was dedicated to mothers. Kartik’s mother Mala Tiwari had sent a video message for her son. In the video message, she revealed how Kartik had cared for her during one of the most difficult phases of her life adding that the Sonu Ke Titu Ki Sweety star would take her to the hospital even after shooting for a film the whole night.

She said that Kartik was a struggler in Bollywood and was trying to land a big break for himself in the Hindi film industry. And yet, she added, he would not care about taking rest after the night-long shooting and take her to the hospital for her treatment.

Kartik, who was already trying her to control his tears after watching his mother’s video, said that he had never spoken about Mala Tiwari’s illness. His revelation that his mother was diagnosed with ‘breast cancer’ three years ago left his costars Ananya and Bhumi Pednekar stunned.

Kartik said that he was not caring for his mother but it was the other way around adding that Mala Tiwari looked after her son even when she was in deep pain.

Kartik, who will be next seen in the Love Aaj Kal sequel opposite Sara Ali Khan, was full of praises for Indian Idol contestant Shahzan Mujeeb hearing the story of his struggle. Kartik said that he could relate to his story. In a recent interview with an entertainment portal, Kartik had jokingly said that he would pick Sara as his future wife.