Actress Tanushree Dutta has expressed her happiness on Bollywood megastar and KBC host Amitabh Bachchan calling her brave in one of the recent episodes of his quiz show Kaun Banega Crorepati. As exclusively reported by Janta Ka Reporter, Bachchan had called Tanushree ‘brave’ for triggering India’s own #MeToo movement. 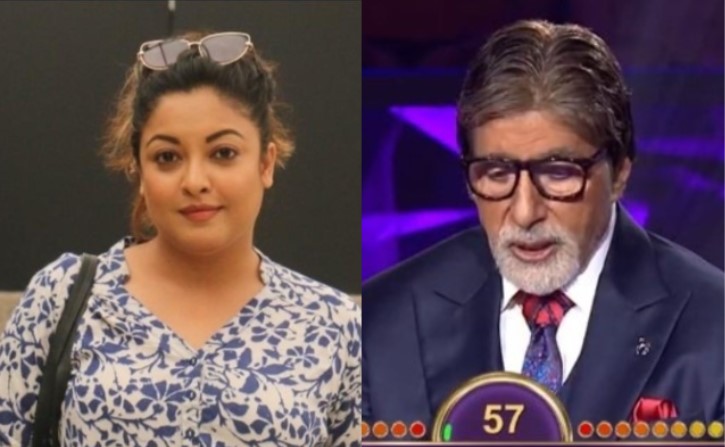 Reacting to Bachchan’s praise, Tanushree said, “That was cool and I’m glad.” Tanushree told a portal that she had not seen the episode but a friend had sent her the clip of the episode to her.

“I did not see the episode where I was discussed. A friend of mine sent me a clip, which is when I actually learned about it. I am happy that my voice was put on such a big show. I was surprised that the contestants recognised my voice, normally voices of iconic singers, politicians and actors are recognised. I am happy that my voice has reached out to people and it has a recall value,” Tanushree added.

In an extraordinary development, Bachchan had told a KBC contestant last week that Tanushree’s act of raising her voice against sexual harassment was ‘very, very brave.’ This was after Amitabh Bachchan asked his guest contestant to identify the voice of an actress and a ‘beauty queen’ who was one of the first to trigger India’s own #MeToo movement last year. In the audio, the voice was talking about sexual harassment at the workplace.

This was the first time Bachchan has acknowledged Tanushree’s role in kickstarting India’s own #MeToo movement. Bachchan had to face widespread condemnation last year for admonishing a reporter after being asked to comment on Tanushree Dutta’s allegations of sexual misconduct against Nana Patekar.