IAS toppers Tina Dabi and Athar Aamir Khan recently stunned everyone by deciding to file for divorce with mutual consent before a Jaipur family court. Their fans reacted in disbelief to the news of what was a fairytale love story ending in pain and sorrow. Now, some fans have begun to blame the curse of the Taj Mahal for the failed marriage of two young civil servants of India. 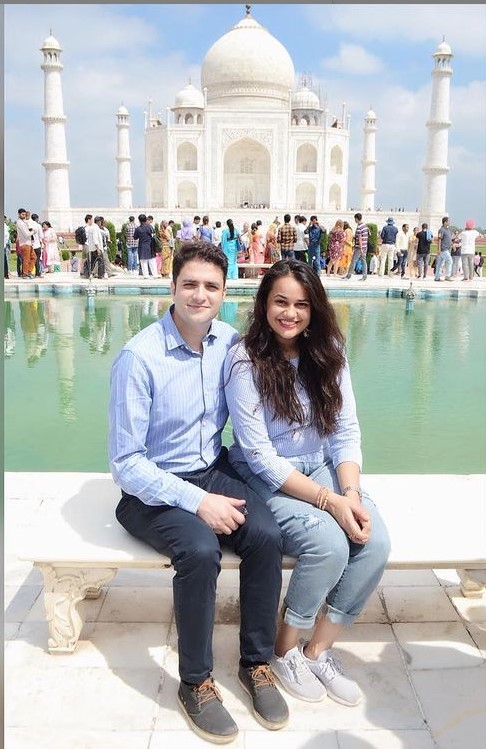 One user took to Twitter to highlight the names of other celebrity couples who had parted ways after posing at the Taj Mahal. They included Russian President Vladimir Putin, German tennis legend Boris Becker and American singer Katy Perry.

That Taj Mahal is a “Symbol of Love” is a myth, so many who posed in front ended up separating with their partners.
Pic 1) Russian President Putin
Pic 2) Tennis player Boris Becker
Pic 3) Singer Katy Perry
Pic 4) IAS Officer Tina Dabi pic.twitter.com/52mVwy7QGk

In 2000, Putin had visited the Taj Mahal with his then-wife Lyudmila, who he divorced in 2013.

Becker, a three-time Wimbledon champion, had visited the Taj Mahal in 2012 with his wife Lily. Taking to Twitter, Becker had written, “We had amazing day at taj mahal.” Becker divorced his wife for 13 years in 2018, six years after they visited the monument of love.

British comedian Russel Brand had visited the Taj Mahal in December 2009 with his then-girlfriend Katy Perry, who he proposed at the historical site built by Mughal emperor Shah Jahan. Months later, both got married at a private ceremony in India. Their marriage lasted for just 14 months.

As for Tina Dabi, she got married to Athar in 2018 before adding Khan to her surname. A day after Tina announced the addition of ‘Khan’ in her surname, she had travelled to Agra with her civil servant husband to visit the Taj Mahal. Sharing the photo on Instagram, Tina had written, “Twinning with hubby at the magnificent monument of eternal love.”

Two years after their marriage, now Tina and Athar have filed for divorce with mutual consent. Hence the blame to the Taj Mahal.