BJP’s Rajya Sabha MP Subramanian Swamy has sensationally demanded the National Investigation Agency to join the probe into Sushant Singh Rajput’s death case after one of his followers claimed that the 34-year-actor from Bihar may have been killed using a stun gun. 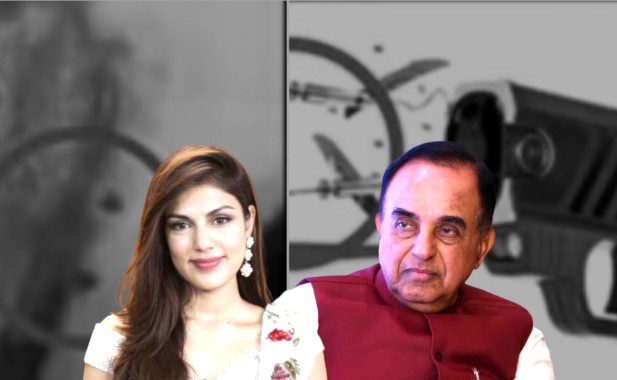 Swamy wrote on the microblogging site, “Were this gun smuggled from which Arabian Sea bordering country? NIA must now join the probe.”

Were this gun smuggled from which Arabian Sea bordering country? NIA must now join the probe.

This was after one of Swamy’s followers shared the mark in Sushant’s neck to that of caused of stun guns as he wrote, “today i have read alot about stun guns and hw they r used ! also wat mark do they leave ! the exact mark❗❗ guyzz they really used stun guns to paralyse him !#ArrestRhea.”

Twitter users indulging in a conspiracy theory is one thing, but a senior BJP parliamentarian endorsing that view has added a serious twist to the controversy surrounding the death of Sushant Singh Rajput. This came hours after the Supreme Court reserved its order on Rhea Chakraborty’s plea seeking the stay on a CBI probe and quashing of FIR filed by the Bihar Police against her.

Meanwhile, Times Now TV channel claimed that Rhea Chakraborty had called Mahesh Bhatt 16 times between 8 June and 14 June, the date Sushant’s body was found from his room. Rhea had reportedly walked out of Sushant’s house on 8 June.

Sushant’s father has filed a police complaint with the Bihar Police accusing Rhea of transferring Rs 15 crore from the late actor’s account. This had prompted the Enforcement Directorate to join the probe to explore the money laundering angle. The ED has already grilled Rhea and her brother for hours on at least two separate occasions.